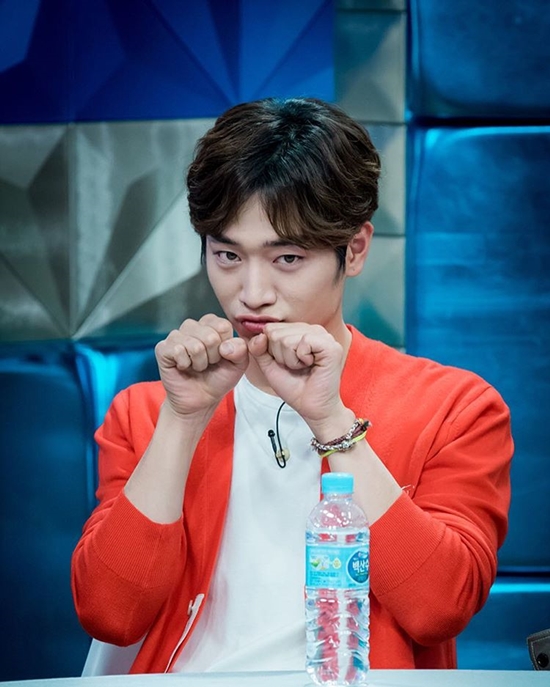 While Seo Kang-joon will appear in 'Radio Star' reportedly, his adorable photo has been revealed.

On June 7, MBC official Instagram posted Seo Kang-joon's photo, in which he strikes a cute pose in front of the talk show, 'Radio Star' studio.

In the revealed photo, Seo Kang-joon is holding his fists in front of his face and pouting his lips. Seo Kang-joon will guest-appear in "Radio Star" along Kang Tae-oh, Kang Kyun-sung, Jeon Woo-sung. According to 'Radio Star', he will show off his funny tricks, impersonation, taekwondo skills and triple jump in the upcoming episode of the talk show.

"Seo Kang-joon to appear in Radio Star, ready to steal lady fans' hearts"
by HanCinema is licensed under a Creative Commons Attribution-Share Alike 3.0 Unported License.
Based on a work from this source