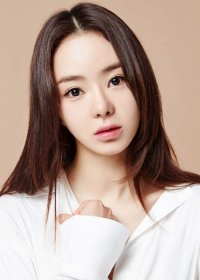 Actress Seo Woo is being courted by foreign movie directors after "Paju", a film in which she starred with actor Lee Sun-kyun, screened during the Pusan International Film Festival (PIFF) earlier this month.

According to Sports Hankook, the sister paper of The Korea Times, Seo, 21, had already been asked to appear in movies to be directed by American and Dutch directors.

An official with the actress' agency was quoted as saying, "We have been offered twice. But we have not decided on appearance yet. She will take a rest for the time being before choosing the next film. We will also consider going abroad".

Sports Hankook quoted a movie analyst as saying, "Ms. Seo has been recognized highly for her acting in the movie. She was all the more charming because Eun-mo, which she played in `Paju', remained an enigmatic figure".

Seo was among the group of Korean actors who visited Busan during PIFF as "Paju" competed in the New Currents section. The movie, directed by Park Chan-ok, won the Netpac (Network for the Promotion of Asian Cinema) award. "Paju", a film about the subtle romance between a man and his dead wife's sister, will hit local theaters on Thursday.

Seo made her TV debut with "Kimchi Cheese Smile" in 2007 and won the best new actress prize at the 2008 Korea Film Awards for her role in the movie "Crush and Blush".