Seol-Song-Kim, the time has come 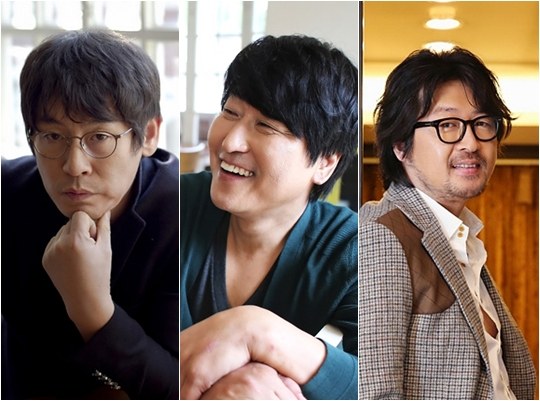 They have been the leaders of Korean movies since the first half of the millennium.

Sol Kyung-gu starred in movies "Oasis", "Silmido" and many more since his hit maker "Peppermint Candy". His character of Kang Cheol-joong is a well-known series hit maker in Korea already.

Song Kang-ho starred in the movies "Shiri", "JSA - Joint Security Area", "The Foul King", "Memories of Murder" and more since his impressive performance in "No. 3". He's worked with Park Chan-wook, Bong Joon-ho, Kim Jee-woon and more leaders of Korean movies. Kim Yun-seok started building his name value slightly later than the rest with the mi-millenium movie "Tazza: The High Rollers" and "The Chaser".

Sol Kyung-gu starts first. He made a successful comeback with the thriller "Cold Eyes" and action comedy "The Spy". He is also starring as the father of a hurtful child in the movie "Hope".

Song Kang-ho appeared in the hottest movies this year. He succeeded in gathering 9 million viewers in "Snowpiercer" by Bong Joon-ho and is back again with "The Face Reader". Apparently, the collaboration between Song Kang-ho, Lee Jung-jae, Cho Jung-seok and Baek Yoon-sik was unbelievable and gathered a near 8 million audiences.

Kim Yun-seok displays his toughness in the movie "Hwayi : A Monster Boy". To be released on the 9th of Ocotber, this movie is about a boy named Hwai who has 5 criminals for fathers and facing a truth he never knew was coming.

Seol-Song-Kim will be seen in cinemas for a while now. At the end of the year, Song Kang-ho is coming back with "The Attorney" based in the 80's. Kim Yun-seok has already landed himself in the leading role of "Haemoo". Park Yoo-chun from JYJ is also starring in this movie and is to be released in 2014. Sol Kyung-gu is leafing through his next project.

"Seol-Song-Kim, the time has come"
by HanCinema is licensed under a Creative Commons Attribution-Share Alike 3.0 Unported License.
Based on a work from this source