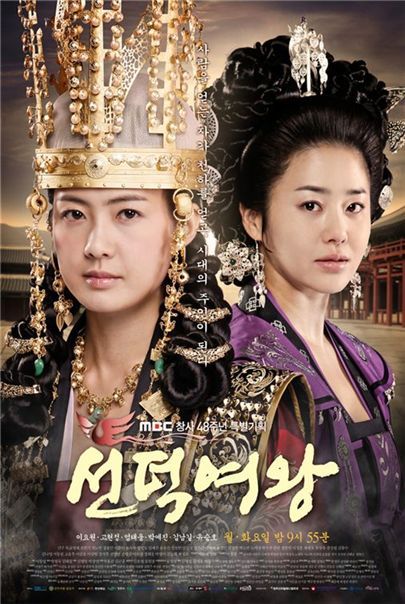 According to statistics released by TNS Media Korea on Monday, "Seon-deok" scored a 36.4 percent viewership rating during the week of December 21 to 27.

The historical drama had dominated the small screen since its premiere in late May, topping the weekly chart almost every week and peaking at a viewership rating of 44.7 percent despite a slight drop in figures since the departure of character Mi-shil, played by Ko Hyun-joung, from the show five weeks ago.

In the non-drama category, KBS2 TV's "Happy Sunday" topped the chart with a 27.6 percent viewership rating. The second half of year-end "KBS Entertainment Awards" followed close behind with a rating of 27.3 percent while KBS2 TV's comedy program "Gag Concert" ranked third with 20.0 percent.

""Seon-deok" makes exit atop TV ratings chart"
by HanCinema is licensed under a Creative Commons Attribution-Share Alike 3.0 Unported License.
Based on a work from this source