"Seondal: The Man Who Sells the River" Premieres in North America July 15 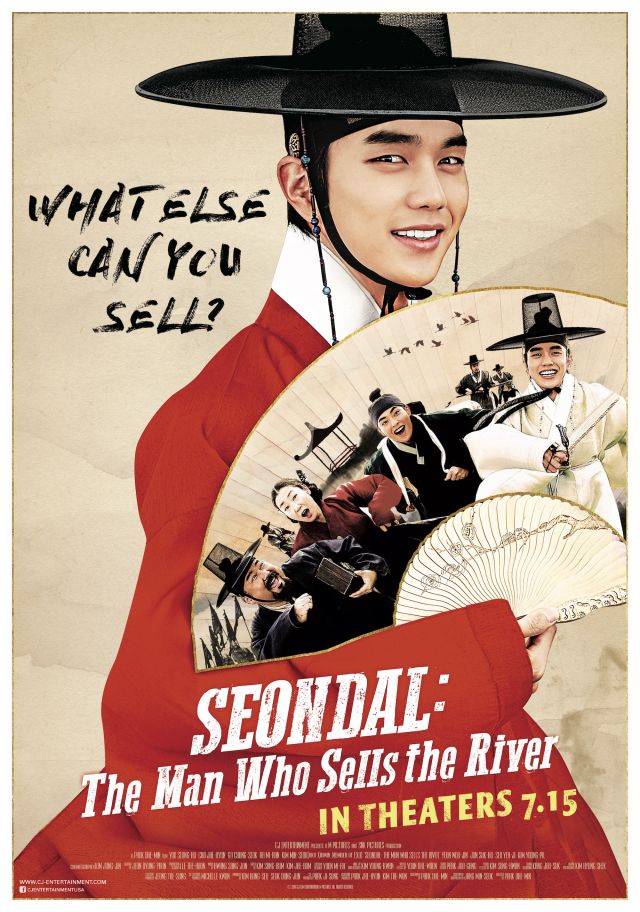 A Story of the Greatest Con Artist Korea has Ever Known

CJ Entertainment announced today that they will release "Seondal: The Man Who Sells the River" in North America on July 15, 2016. "Seondal: The Man Who Sells the River" is based on the tale of a legendary Korean con artist who pulls a scam so big that it shakes the entire nation to its core. This title will be released in Los Angeles, New Jersey, Atlanta, Dallas, Honolulu, Toronto, and Vancouver. This is also the film debut for Xiumin, a member of the highly popular K-pop group EXO.

Bongyi Kim Seondal is a name familiar to Koreans as the greatest con artist that ever lived. In the late Joseon Dynasty, Kim has ambitions of being in public office, but as he was not from noble birth he was forced to put aside this dream and lead an unexciting life. That is, until he decides to use his wit and unique ability of deception to con powerful noblemen and wealthy merchants. Hundreds of years later, Kim's schemes are still known and Bongyi Kim Seondal is still considered to this day as the most genius con man of his time.

Director Park Dae-min, who is responsible for the film's screenplay and direction, used the stories of Kim Seondal as the basis for the story while giving it a modern twist. PARK made sure that the cleverness and altruistic qualities that Kim Seondal is known to have had was preserved, bringing to life this classic Korean story.

"Seondal: The Man Who Sells the River" is directed by Park Dae-min ("Private Eye", "Hey, What Are You Looking For?"), and is produced by M Pictures / SNK Pictures. The film stars Yoo Seung-ho ("The Joseon Magician", "Blind"), Cho Jae-hyun ("A Korean in Paris", "The Fatal Encounter"), Ko Chang-seok ("The Con Artists", "Slow Video"), Ra Mi-ran ("The Tiger: An Old Hunter's Tale", "The Himalayas"), and Xiumin from the popular K-pop boy band EXO.