Seoul archbishop over the years 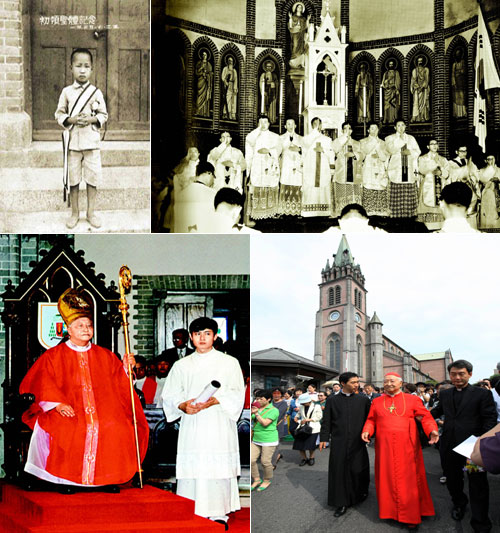 An 8-year-old Cheong Jin-suk is pictured receiving his first communion in 1939 (first photo); he attends his first benediction ceremony in 1961 after being ordained as a priest (center in the second photo); Archbishop Cheong is made archbishop of the Seoul Archdiocese in 1998 (third photo); and Cardinal Nicholas Cheong poses with priests and Catholics after an inauguration Mass at Myongdong Cathedral on June 15 (fourth photo).

"Seoul archbishop over the years"
by HanCinema is licensed under a Creative Commons Attribution-Share Alike 3.0 Unported License.
Based on a work from this source