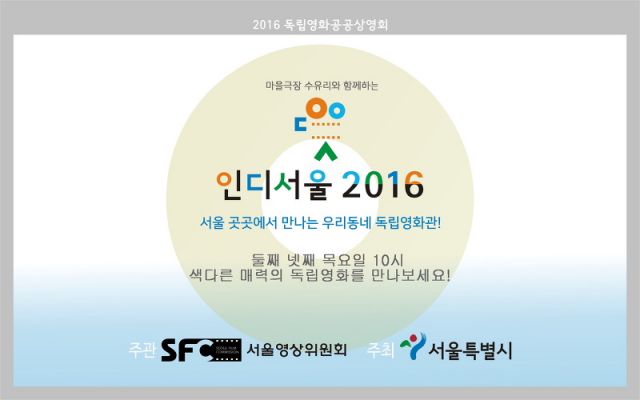 Free screenings of independent films will take place at 29 public facilities including art galleries, museums and libraries from May to December, the Seoul Metropolitan Government said on Monday.

The city government organized the event to promote the independent film industry.

The opening movies are "Cruel State", a documentary about the Sewol ferry disaster, and "Spirits' Homecoming", a film telling the stories of women forced into sexual slavery by Japanese troops during World War II. They will be screened throughout May.

"Spirits' Homecoming" attracted 3.49 million viewers at 876 theaters after it was released on Feb. 24.

For more information, visit the event's website at www.indiefilmseoul.org. Free admission is available on a first come, first served basis.