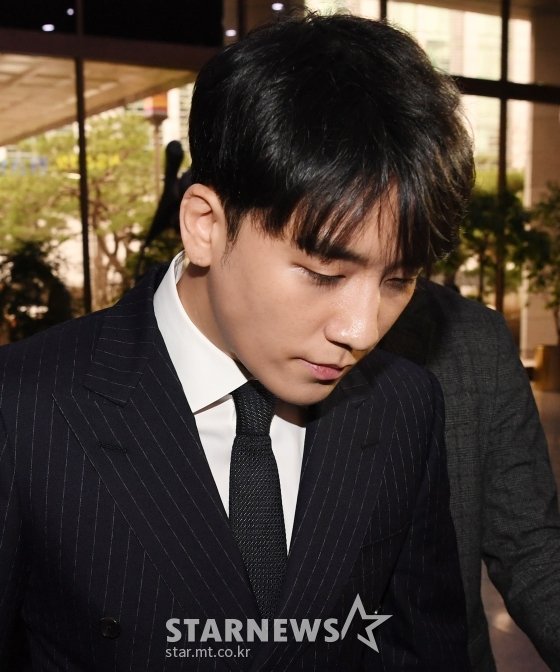 The shady business partner of Big Bang's Seungri has confessed to police that he supplied prostitutes to rich potential investors.

Seungri has so far maintained his innocence, but police were able to establish a paper trail for at least one transaction, saying the pop star paid W30 million to accommodate Japanese investors in a luxury hotel in Seoul using a corporate credit card from his former talent agency YG Entertainment (US$1=W1,150).

Police also found records of the partner, identified as Yoo and married to actress Park Han-byul, wiring money to a known mamasan.

Seungri and Yoo were questioned again on Tuesday, and Yoo caved in the face of the evidence, admitting that he supplied prostitutes to more than half a dozen potential Japanese investors in their Gangnam nightclub.

One charge Yoo admitted dates to December 2015, when a couple of Japanese investors visited Korea and ended up investing in Seungri's business. They stayed in a luxury hotel and, according to police, Yoo sent a dozen prostitutes into their rooms during their stay.

The women went through the revolving doors day and night. "The women were not acquaintances of Seungri or Yoo but were hired to provide sexual services", a police officer said.

Seungri only admitted picking up the hotel bill but claimed he did it out of gratitude for hospitality he received in Japan and had no idea there were prostitutes involved.

But chat messages exchanged by Seungri, Yoo and singer Jung Joon-young suggest that Seungri knew full well what was going on, and that Yoo also tried to send one of the same prostitutes to Jung. Seungri claimed not to remember the exchanges.

He also denies that he flew prostitutes over to the Philippines for a lavish party he threw in Palawan in December 2017. Police have testimony from some of the women saying that they were paid by the K-pop idol to have sex with guests, though one of them claimed the sex was not transactional and the money only covered her airfare.