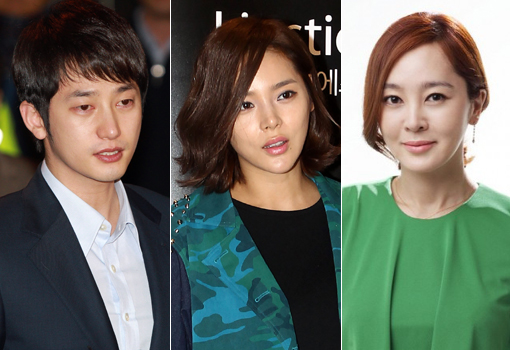 The celeb world is being smudged with continuous happenings.

From rape charges to illegal injections and marijuana. The atmosphere is muddled as stars continue to be in trouble for the wrong reasons. It seems like celebrities have to ring the alarm and stay alert and practice self control to avoid any legal trouble.

Park Si-hoo was cross-examined for the first time with his accuser and tested with the lie detector. Actresses Park Si-yeon and Lee Seung-yeon were charged with injection of propofol. DMTN member Daniel has been reported for arranging the purchases of marijuana and it seems like a famous actor's son is also involved. The police have managed to dig up more names of those celebs who've been in contact with marijuana recently.

The public has turned a cold shoulder on the stars because of this. As an idol member who is an idol to the teens and have that much influence on them, gets involved with a drug case, people are being critical. Those in the entertainment industry fear that these cases would reflect on the entire celebrity world.

"Sexual harassment, propofol and marijuana... what's wrong with the entertainment world?"
by HanCinema is licensed under a Creative Commons Attribution-Share Alike 3.0 Unported License.
Based on a work from this source