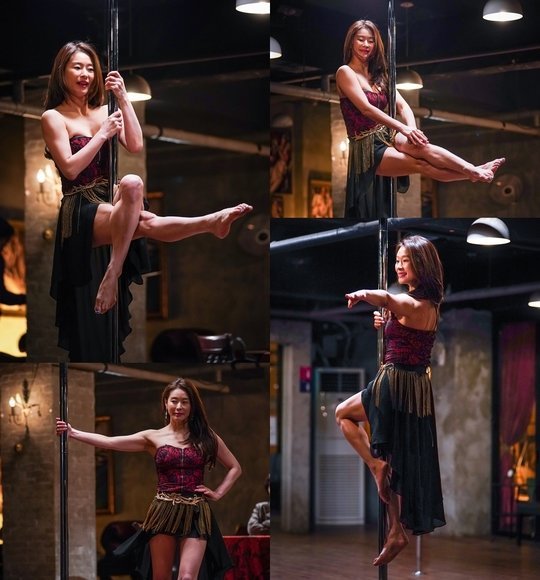 Ye Ji-won is going to make you wish you had a friend like her.

She's starring in the new SBS drama "Shall We Kiss First" as Lee Mi-ra, a former stewardess, An Soon-jin's (Kim Sun-ah's) friend, and the woman who is married to Hwang In-woo (Kim Sung-soo), a man who loves her very much. She will do anything for An Soon-jin and her personality is honest and feisty.

Ye Ji-won attempts pole dancing. As seen in the pictures, she's hanging from a pole and her legs are straight out in the air without support. She's smiling while she's dancing and her costume is fancy and wild.

She practiced pole dancing for several months prior to the drama shoot. She's good enough to complete a full pole dance and people on site just couldn't stop clapping for her.

Meanwhile, "Shall We Kiss First" is a drama about clumsy love between people who think they can handle everything and it begins on the 20th of February. 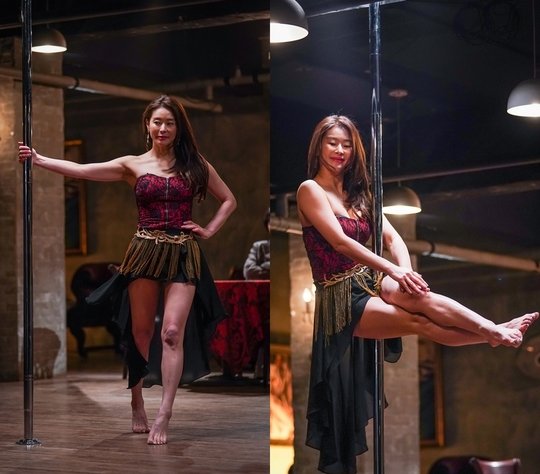 ""Shall We Kiss First" Ye Ji-won's Impressive Pole Dancing "
by HanCinema is licensed under a Creative Commons Attribution-Share Alike 3.0 Unported License.
Based on a work from this source