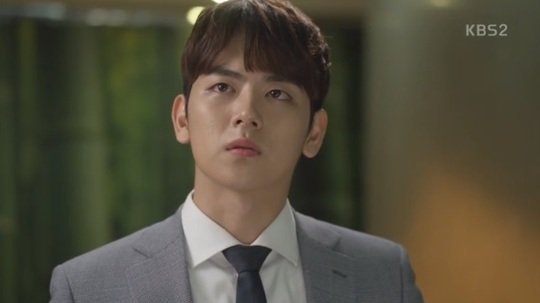 On the latest episode of the KBS 2TV drama "Shall We Live Together", Park Jae-hyeong (Yeo Hoe-hyun) found out Choi Moon-sik's (Kim Kwon) birth secret.

Park Jae-hyeong went back to the office after dinner and overheard what Choi Moon-sik and Yang Hak-soo (Park Sang-myun) were talking about. Yang Hak-soo said, "I hired a lawyer for Kim today. It was your mother's request to keep him quiet like that. I heard many things, but I forgot about them. It was you who made your mother break up with anyone she met right?"

Choi Moon-sik said, "What did I do? I want her to be happy". Yang Hak-soo said, "Then you should put her life first. You're not even her real son, you should be grateful that she raised you. It's not easy for an ordinary woman to do something like that. How could she raise her husband's..."

Choi Moon-sik yelled, "I won't stand you talking like that". Yang Hak-soo stopped and said, "Fine. I hope you understand". Park Jae-hyeong spoke to himself, "I overheard everything without meaning to. Hiding here like this, I should've just left. But he wasn't her real son? Still, he's going to get the whole building anyway". 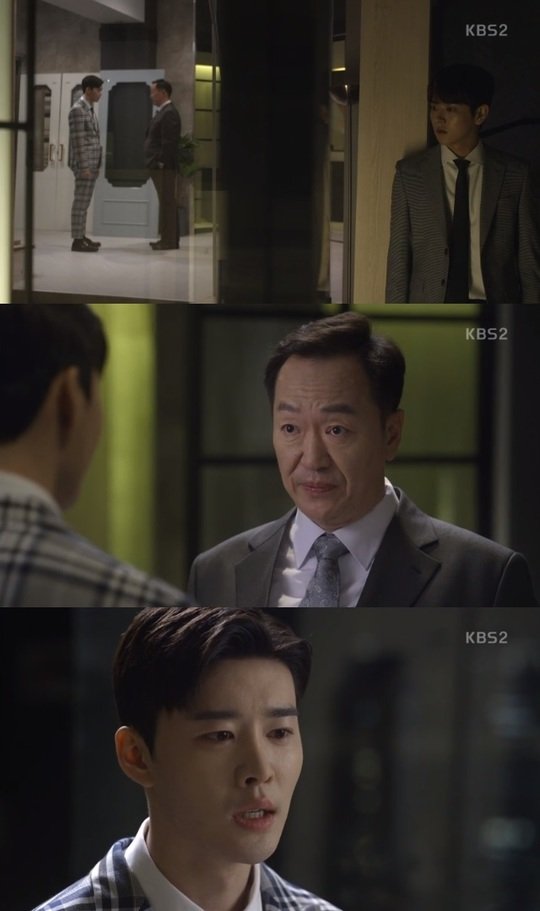 ""Shall We Live Together" Yeo Hoe-hyun Discovers Kim Kwon's Birth Secret"
by HanCinema is licensed under a Creative Commons Attribution-Share Alike 3.0 Unported License.
Based on a work from this source