"She Was Pretty" Hwang Jung-eum's transformation 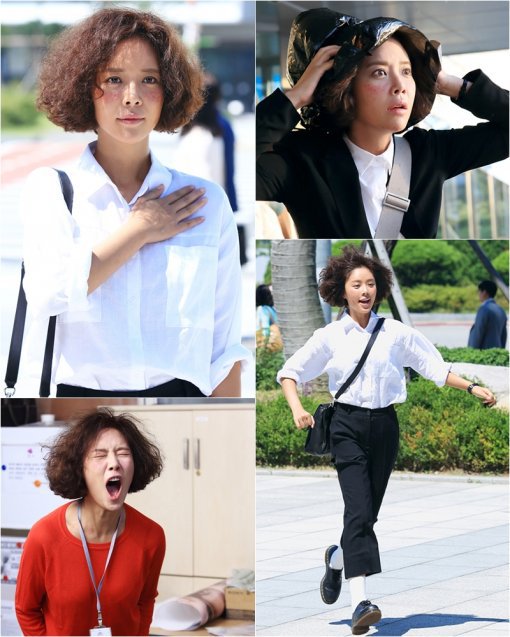 Stills of actress Hwang Jung-eum showing her fizzy hair and freckles were released.

Kim Hye-jin is initially the prettiest girl in the school and from a rich family. She's smart and even has a good personality. However, during her adolescence, she goes through some change and ends up looking ugly.

The shining star in her teenage years suddenly dropped to a pitiful young lady who struggles to pay off her student loans and has to worry about getting a job. Then one day, her first love Seong Joon (Park Seo-joon) appears in front of her for the first time in 15 years but she doesn't want him to see her like she is now, so she asks her pretty friend Ha-ri (Go Joon-hee) to see him for her.

The stills show Hwang Jung-eum in frizzy hair that cover her whole face and freckles. Hwang Jung-eum is a wannabe icon to the women of Korea but this time she appears different.

Hwang Jung-eum thought a lot about her character and what she wanted herself to look like, just like the romance comedy queen that she is.

Meanwhile, "She Was Pretty" will be released for the first time on the 16th.

""She Was Pretty" Hwang Jung-eum's transformation"
by HanCinema is licensed under a Creative Commons Attribution-Share Alike 3.0 Unported License.
Based on a work from this source