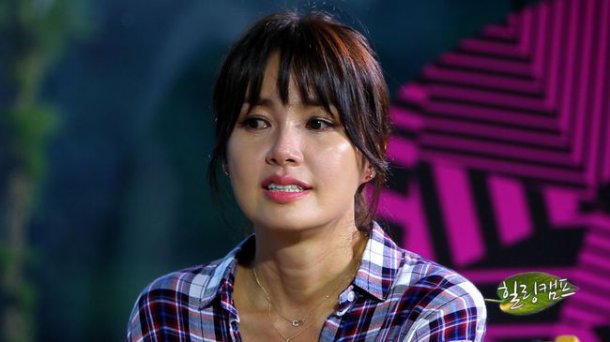 Shin Ae-ra and her husband Cha In-pyo appeared in the show sometime in 2012 and caused a sensation with their ideas about sharing and donating.

Shin Ae-ra appeared in the 3rd year special episode and shared stories full of laughter, tears and even shocking announcements.

She said "Healing Camp" was going to be her final talk show before she leaves show business for a while.

"Shin Ae-ra announces retirement"
by HanCinema is licensed under a Creative Commons Attribution-Share Alike 3.0 Unported License.
Based on a work from this source