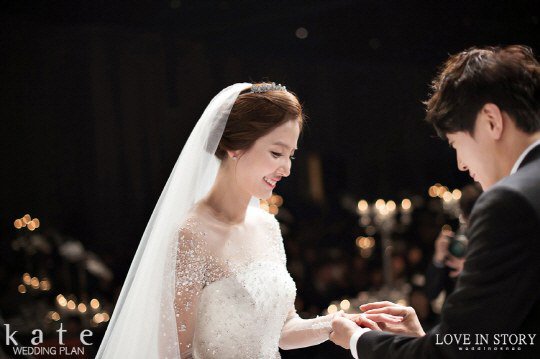 Actress and actor couple Shin Dong-mi and Heo Gyu got married in front of 1,000 or so guests at the Westin Josun Hotel on the 8th.

Lina blessed the couple with a song and so did musical actresses Hong Ji-min and Jang Da-kyung. Lina cried while singing and touched the hearts of many people there. Pianist Shin Ji-ho and indie band singer Kim Shin-eui as well as guitarist Gong Tae-woo's performance took over the stage.

The bride and groom stood before the officiant while the musical actresses sang their song and the entire scene seemed like a part of a musical. Heo Gyu vowed to live happily as the day they first met and Shin Dong-mi vowed to be grateful every day.

Meanwhile, Shin Dong-mi is an acknowledged actress for her outstanding ability to play whatever role that is given to her and is nicknamed to be an actress one can trust. She starred in "Golden Time", "Empire of Gold", "Yuna's Street" and movies "A Hard Day", "Santa Barbara" and more. She's currently starring in the drama "Family Secrets" and movies "Beauty Inside" and "A Matter of Interpretation". Heo Gyu made his debut in 2005 with the rock band named Pinocchio and has been a musical actor until now. He starred in the musical "Gutenburg" as Berd. 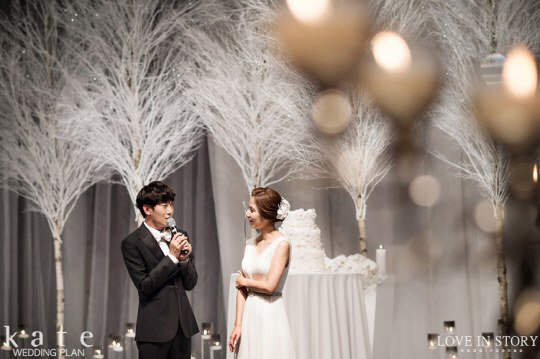 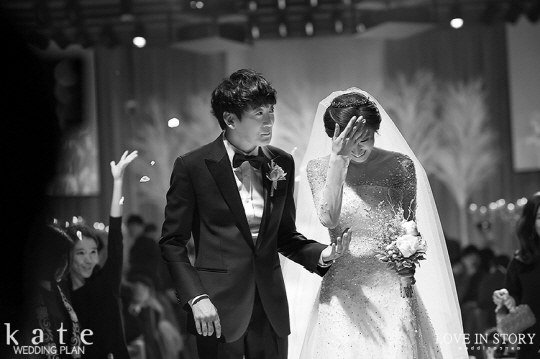 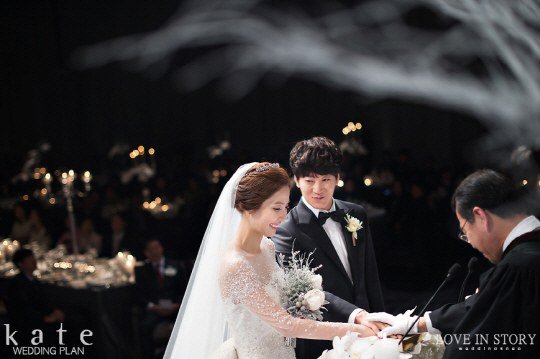 "Shin Dong-mi and Heo Gyu get married"
by HanCinema is licensed under a Creative Commons Attribution-Share Alike 3.0 Unported License.
Based on a work from this source