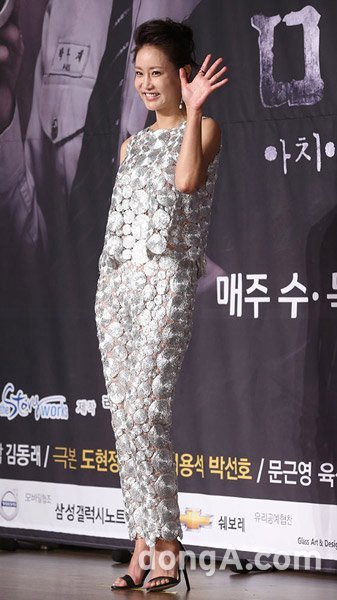 Actress Shin Eun-kyung is making a comeback with KBS 2TV "Drama Special - Bad Families". Her last drama was the 2015 SBS drama "The Village: Achiara's Secret". While she was away, she was dealing with a few issues previously made public.

In November of 2015, Shin Eun-kyung was sued by her previous employer to pay back a 200 million won (~180,000 USD) debt. In the process of defending herself, she was sued for defamation. In 2016, she was on the list of habitual tax delinquents and was in trouble again for allegedly no caring for her disabled son.

Shin Eun-kyung confined herself to her home until May this year, when her previous employer cancelled all charges. Because she has been away for so long, Shin Eun-kyung decided to make a short and powerful comeback with this short drama.

"Drama Special - Bad Families" is about a highschool daughter who declares that she will live with her boyfriend, a mother having an affair, and a labor independence activist father who is rarely home. Shin Eun-kyung has taken on the role of the mother.

The script reading was completed on the 24th.

"Shin Eun-kyung to return with short drama "
by HanCinema is licensed under a Creative Commons Attribution-Share Alike 3.0 Unported License.
Based on a work from this source