Shin Ha-kyun: 'Kang-hoon's Desire is Story of Us' 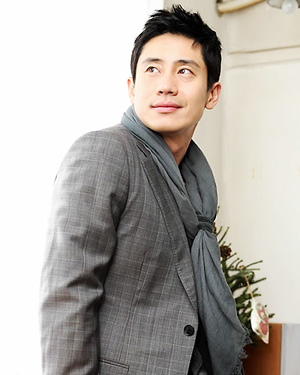 The protagonist Lee Kang-hoon of the KBS 2TV drama "Brain" that finished airing last week was very different from the so-called "typical type of protagonist". He is filled with an inferiority complex about his deprived childhood and he concentrates everything on pursuing his single goal of success. Even when his mother passed away, his teacher Kim Sang Chul left him, and his girlfriend Lee Ji Hye said good-bye to him, he only hesitated for a moment and did not stop his race to success.

The romance that makes change possible has nothing to do with Lee Kang-hoon. The character itself was a "Bad Guy", but Lee Kang-hoon received great love from viewers from the beginning to the end of the drama thanks to the actor Shin Ha-kyun (38). He made a comeback to TV dramas after an eight-year break since his last appearance in the MBC drama "Good Person" in 2003, and he successfully presented the inner side of Lee Kang-hoon who pretends to be strong even though he has delicate emotions and deep scars in his mind. Shin Ha-kyun came to a cafe located in Tonguidong to give an interview two days after the drama came to an end on January 19. Sin said, ""Brain" was a medical drama, but actually it was not a story of doctors but a story of us in the real world. Lee Kang-hoon seems to be a very attractive character as he never stops until the end". Followings are questions and answers made during the interview.

-- What kind of character was Lee Kang-hoon?

▲ In a word, Lee Kang-hoon is a poor man. Even though he thinks that he is a perfect person without any defect, he has many weaknesses. He pretends to be very strong, but he has a weakness inside that he hardly can tell other people. That is why he strives to live.

-- His sarcastic way of talking and the way he calls and answers phone calls while putting his mobile phone on his palm with an annoyed look became a topic of conversation. What do you think?

▲ I naturally created the way he speaks or walks while filming. But actually there were not many things to prepare because the writer Yoon Kyeong-ah wrote detailed description about the character and his behaviors on the script. And I accidentally created the way he answers the phone. I just tried by myself and the gesture luckily received a huge response. The truth is that I am not a smart phone user as I have 2G phone, and I was very surprised to see the great performance of a smart phone during filming as I could hear the voice very well although I put the phone on my palm, so I came to think, 'Let's try it', and it received the favorable response. Somehow, Lee Kang-hoon is likely to answer phone calls in that way.

-- Kim Sang Chul was very important character in the drama along with Lee Kang-hoon. What kind of person was he?

▲ Their relationship was not that of a teacher and a student (laugh). Sometimes they look like a father and a son. Lee wants to be recognized by Kim as well as he wants to go beyond him. They often say some harsh words and offend each other's mind, but they often tell their genuine feelings to each other. Usually a father and a son find it difficult to come close to each other. Lee Kang-hoon has complex emotions about his father. He might have wanted to form a relationship of a father and a son relationship with Kim Sang Chul as he could not have his father in his childhood. Lee Kang-hoon is filled with complaint about Kim Sang Chul, but surely he also has deep affection inside. 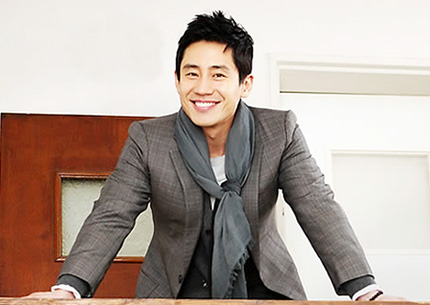 ▲ There were many scenes in which two people confronted with each other and their emotion reached an extreme. I also had long lines in those scenes, so I usually could not sleep well before filming those scenes due to pressure. I could not have much time to talk with Jung Jin-young while filming, which was very sad, but now I feel very happy that we do not need to confront with each other anymore (laugh). The senior actor Jung Jin-young was such a great actor. He has huge presence in the drama and he could act against any occasion while acting like running water. I think that I could present Lee Kang Chul very well in every direction as I wanted thanks to Jung Jin-young who perfectly plays Kim Sang Chul. I really appreciate it and thank him.

-- Lee Kang-hoon could not be free from his strong desire for success until the end. What was the final goal of his desire?

▲ I do not know exactly what he had pursued. But there was a scene in which the professor Kim Sang Chul said to Lee, "Do not stop pursuing your desire. It is the punishment given to you", and I think that what Kim said to Lee could be the answer for your question. Everyone has a desire in mind, and it can sometimes become the driving force of our life or the opposite. "Brain" is a drama that tells the story about our desire. Lee Kang-hoon's desire can eventually apply to all of us, and I think that we all could have this punishment of pursuing a desire, like Lee Kang-hoon. 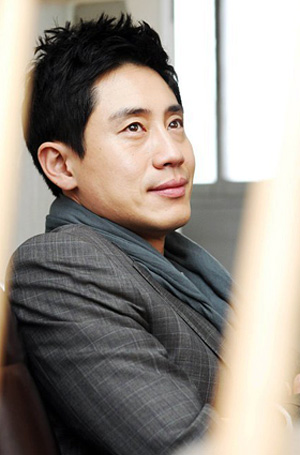 -- What was the most difficult thing that you feel while playing Lee Kang-hoon?

▲ It was the long script. I did not have this long of a script when I appeared in the movies. Moreover, the terminology was all about medical things. It was very difficult to speak medical language fluently. I intentionally ate many health foods while filming, but I lost almost five kilograms. I could realize that the human brain can consume a huge amount of energy (laugh). There were many surgery scenes, but filming those scenes was easier than I had expected. Usually the surgery of neurosurgeons requires concentration while operating through a small hole, so the only thing that I had to do was look at the microscope and move both my hands imperceptibly (laugh).

-- Which scene was the most memorable?

▲ The scene in which I talked to an old lady after Lee's mother (Song Ok-sook) passed away was the most impressive scene. He expressed his feelings while thinking about the happiest moment after his mother died, and I could learn that it could be another way of expressing emotion.

-- People are highly praising your acting ability and they reportedly gave you the nickname "Acting God Ha-gyoon".

▲ Chameleon-like actor, Shin Ha-kyun▲ I just stayed on the film set during the production of our drama, so I did not know about its popularity and I thought that the staff members made fun of me while talking about the popularity. But I could find out that it was true and realized that many people liked our drama. Many fans came to the film set, served food and gave many gifts to me. I really want to give thanks to them.

-- You garnered the Grand Award at the KBS Drama Awards with "Brain".

▲ I did not expect the award at all. I was just very happy after receiving the Netizen's Award and I was even very surprised to receive the Grand Award. Actually I was in a daze due to fatigue because I had come to the ceremony right after finishing filming the drama, but I could completely wake up thanks to the award (laugh).

-- You seem to have played strong characters up to now including in "Brain". Is there any particular standard for you to choose a work to appear in or a character to play?

▲ I was not intentionally looking for strong and eccentric characters. I just have a strong interest in new things and new characters that I have not played before. I like any character that I can feel compassion for. 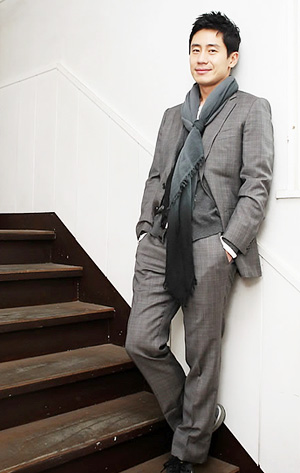 ▲ Cold-hearted Shin Ha-kyun-- What kind of person are you in your daily life?

▲ I am a boring person and I am a curt man with few words. So I felt a kind of catharsis while playing Lee Kang-hoon in "Brain" (laugh).

-- Do you have plans for marriage?

▲ I should have had (laugh). I will soon reach my forties, so I think that I have to give more effort. Firstly, I might need to change my personality as I am too abrupt (laugh).

-- What about your next plans?

▲ I have not yet decided. I want to take a rest for a while and read many scripts right now. But I might start to work by this spring.

"Shin Ha-kyun: 'Kang-hoon's Desire is Story of Us'"
by HanCinema is licensed under a Creative Commons Attribution-Share Alike 3.0 Unported License.
Based on a work from this source