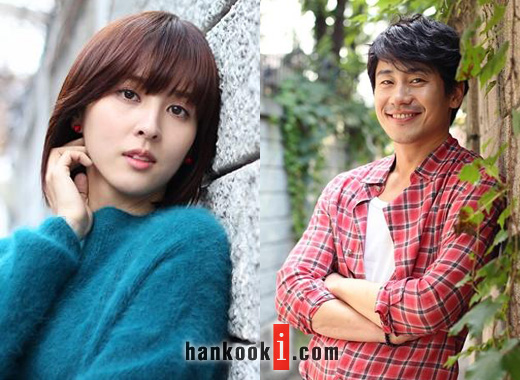 Shin Ha-kyun and Han Hye-jin are going to work together in the SBS drama "All About My Romance" according to SBS.

These two are bringing high expectations to the drama as they have been experienced in dramas and movies.

Shin Ha-kyun will take on the role of Kim Soo-yeong, a member of parliament.

Han Hye-jin who is currently the MC of the SBS TV program "Healing Camp", wil take on the role of Noh Min-yeong, an apposing member of parliament.

"All About My Romance" is about the secret relationship between two opposing members of party. It's a romantic comedy drama which draws politicians in the human way.

The drama production claims, "We hope to show two different images at the same time by starring politicians in a romantic comedy drama".

"All About My Romance" will be aired in April after "That Winter, the Wind Blows".

"Shin Ha-kyun and Han Hye-jin in SBS "All About My Romance""
by HanCinema is licensed under a Creative Commons Attribution-Share Alike 3.0 Unported License.
Based on a work from this source