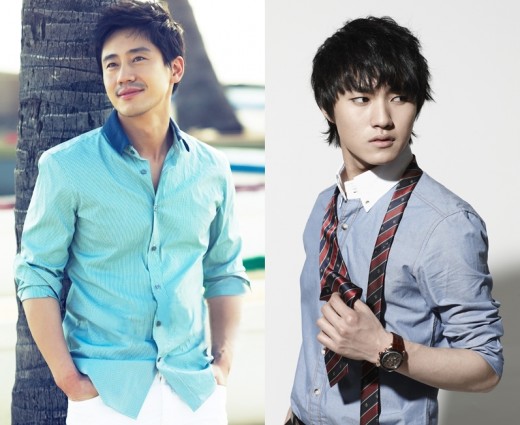 Shin Ha-kyun and Lee Tae-ri will be appearing as father and son. "Running Man" has been known as the Korean version of "The Fugitive" and 20th Century Fox Korea has the main investments and production.

Shin Ha-kyun who made a big hit in the KBS 2TV drama "Brain" as a Hamlet surgeon, is coming back with this movie for the first time since director Jang Hoon's "The Front Line". There were many speculations about not showing up at Jun Ji-hyun's wedding although he got the invite but now it seems like it was because of preparations for "Running Man".

Lee Tae-ri is was popular for his kid role in the MBC historical drama "The Sun and the Moon" and is currently acting as Song Man-bo, the bodyguard of the prince (Park Yoo-chun in the SBS drama "The Rooftop Prince". He has been categorized as a likely actor who will carry on the future of Korean movies.

"Running Man" is about a car engineer (Shin Ha-kyun) being chased by unidentifiable men after attaining top secret information of the nation. This movie is directed by Jo Dong-oh.

"Shin Ha-kyun and Lee Tae-ri cast for movie "Running Man""
by HanCinema is licensed under a Creative Commons Attribution-Share Alike 3.0 Unported License.
Based on a work from this source