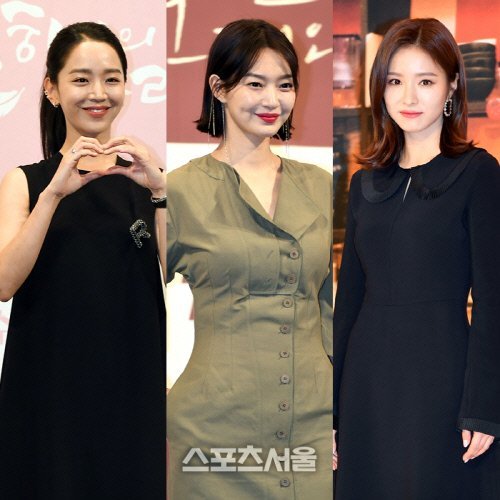 3 different 'Shins' are coming to dramas.

From the creditable Shin Hye-sun, to the role model Shin Min-ah and the elegant Shin Se-kyung, they have all landed leading roles in upcoming dramas.

First of all, Shin Hye-sun is currently active in her position. She debuted in the 2013 KBS 2TV drama "School 2013" and she became a creditable actress in just 6 years. She became a ' Cinderella ' through the KBS 2TV drama "My Golden Life" last year, but she didn't stop there and kept going. She recently starred in the SBS dramas "Thirty But Seventeen" and "Hymn of Death", and she is appearing in the KBS 2TV "Angel's Last Mission: Love" now.

"Angel's Last Mission: Love" is about the unfamiliar subject of an angel and a human, but Shin Hye-sun's performance is very convincing and played a big part in making the drama work. Shin Hye-sun plays a ballerina, so she had to practice ballet and decrease her weight for the role. It is the effort and Shin Hye-sun's step-by-step process to get to her position that make her welcome within the industry and with the public. 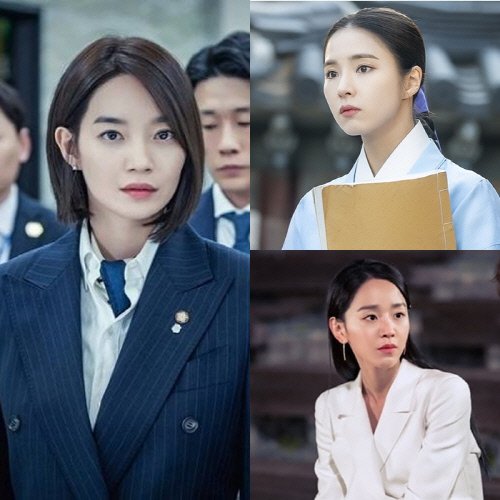 Shin Min-ah takes on the good vibes from Shin Hye-sun. Shin Min-ah returned with the new jTBC drama "Chief of Staff" on the 14th. In "Chief of Staff", the real political players behind the spotlight take a dangerous gamble. Super Adviser Jang Tae-joon heads towards the peak of power, and fiercely struggles for survival. Playing Kang Seon-yeong, a first-term congresswoman and a party spokesperson, Shin began to show a different transformation from her previous appearances.

Shin Min-ah debuted in 1998 and became a role model for all women for a long time. While she was a bubbly type in her teenage years, she's now being loved for a more urban and luscious appeal. The performance and style of the actress are very much looked forward to in "Chief of Staff". Stills and posters are already sparking the 'short cut hair disease'. Sources say, "The woman always stands out in producer Kwak Jeong-hwan's work so Shin Min-ah's role is very anticipated".

In early July comes Shin Se-kyung, the youngest of the three. She comes back with the new MBC drama "Rookie Historian Goo Hae-ryung". In this drama that deals with the romance of Joseon's first woman librarian and a prince who's never been in love before, Shin Se-kyung plays Hae-ryung, Joseon's first woman librarian from abroad. She's thirsty for reality and a very bold librarian.

Expectations for the drama are higher, because it is the comeback drama of the usually elegant Shin Se-kyung. She has always been a steady leader in sageuk like "Deep-rooted Tree" and "Six Flying Dragons". Therefore, it is expected that she'll hold down the fort in this romance sageuk. The actress has also made a friendly image for herself through her YouTube channel so the synergy is expected to be great.

"Shin Hye-sun, Shin Min-ah and Shin Se-kyung Storm the Drama Scene "
by HanCinema is licensed under a Creative Commons Attribution-Share Alike 3.0 Unported License.
Based on a work from this source