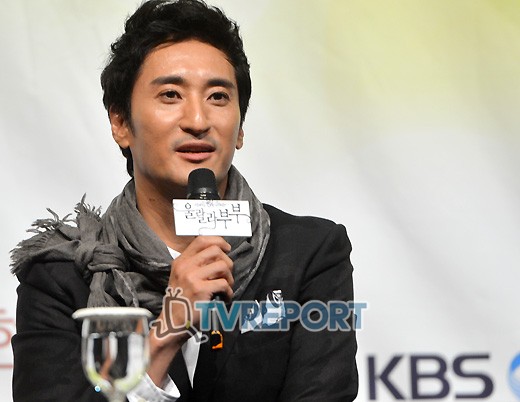 He had an interview with the reporters of "Celebrity News" in Seoul on the 3rd, and said, "I have changed while hosting "Celebrity News". There is a star who treats reporters badly. I have started to differentiate those who do and don't. I remember their names".

"There was a time when I lived a different life of an actor and of my own. I changed after the movie "Marrying the Mafia II" and again while I have been hosting "Celebrity News". If I knew this earlier I then I would have been able to expand myself".

He talked about the time when Hugh Jackman from Hollywood put on the traditional mask on the program and said, "Our own stars would hesitate to put on the mask but watching a Hollywood top star do that was impressive".

"The viewing rate for "Celebrity News" went up a lot since I've hosted it. Also the conversation I give and take with Park Eun-yeong announcer is pre-matched so I hope there are no misunderstandings".

"Shin Hyun-joon, "I've changed while I hosted 'Celebrity News'""
by HanCinema is licensed under a Creative Commons Attribution-Share Alike 3.0 Unported License.
Based on a work from this source