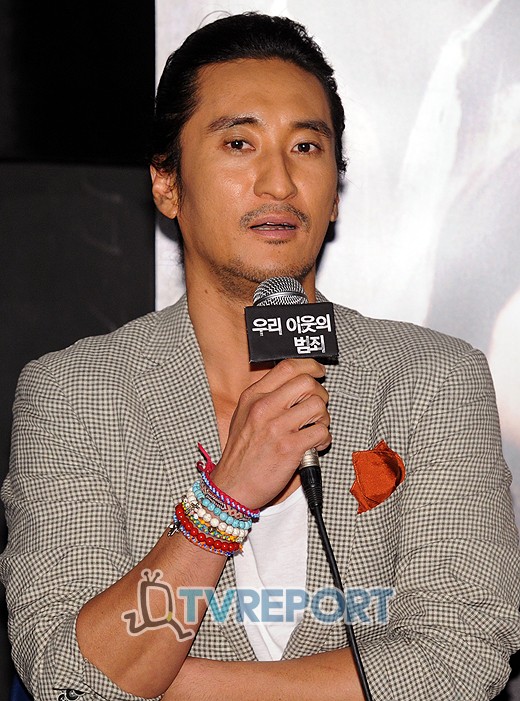 Actor Sin Hyeon-joon (44) has confirmed to star in the KBS 2TV drama "Bridal Mask" as the role of Lee Kang-san, brother to Lee Kang-to played by Joo Won.

A spokesperson told TV Report on February 1st, "Shin Hyun-joon has been cast in the drama "Bridal Mask". It's like a special appearance but he agreed to it happily".

This spokesperson said, "Lee Kang-san is a character who has to be dumb and charismatic at the same time and the production thought Shin Hyun-joon would be perfect for the role, as he starred in the movies "Barefoot Ki-bong" and "The Gingko Bed". He'll only appear for six episodes but he wanted to star in it after he saw the script and synopsis".

The spokesperson continued, "The focus will be on Lee Kang-san more than Joo Won's role of Lee Kang-to until the sixth episode. It should be something to look forward to as he is coming back to TV screens for the first time in a while".

"Bridal Mask" is based on an original story from 1974 by Huh Young-man, about a warrior named Lee Kang-to who fights against the Japanese during the 1930s.

Lee Kang-san is a brother who loves Lee Kang-to very much. Lee Kang-san enters law school with the intention of saving his family in the place of his father, who was murdered for planning a coup against the king, but gets involved with a scheme and has to pretend to be stupid during the day.

"Bridal Mask" is anticipated by many with the joining of Shin Hyun-joon and will air its first episode on the 9th of May.

Other than Joo Won in the role of Lee Kang-to, Park Ki-woong will take on the role of Japanese soldier Ichiro and Chun Ho-jin will play his father and chief of police Kimura Taro.

"Shin Hyun-joon to make special appearance in "Bridal Mask""
by HanCinema is licensed under a Creative Commons Attribution-Share Alike 3.0 Unported License.
Based on a work from this source