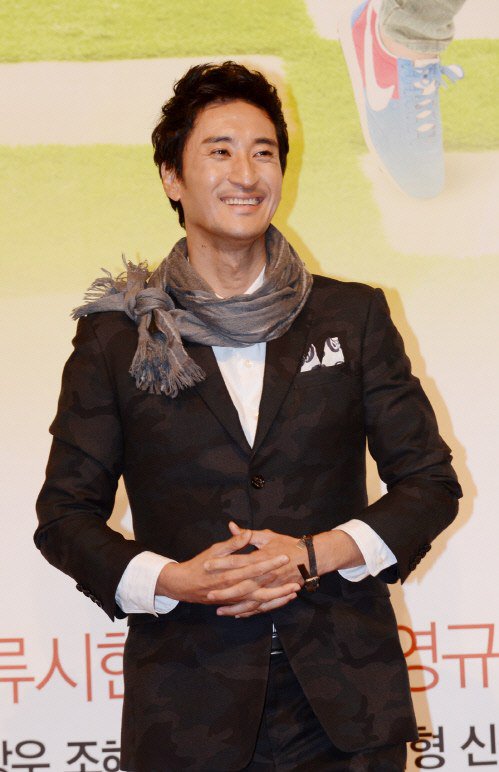 He plays Hwang Moo-song, president of the school in this drama and this is his first drama in 3 years since the 2012 drama "Ooh La La Couple".

Hwang Moo-song is a true educator who believes that everyone is special inside and that all the students should learn to realize their special abilities and use them well. He's not usually friendly but brings out his charisma when the situation requires it. The reason why he accepted Yoon Si-woo (Lee Hyun-woo) and Wang Chi-ang (Hong Bin) into his school despite opposition is because of his character. In secret, he used to be a distinguished hero at one point and he is also the father of Hwang Seon-ah (Jung Yoo-jin), the school's ace.

Shin Hyun-joon recently announced he's becoming a father and his determination for this drama is extraordinary. He said, "Hwang Moo-song has so much affection for his students he tries hard to approach them first and help them rise on their own. He is a mentor not everyone has and this is why I decided to star in the drama too".

"Moorim School" stars Lee Hyun-woo, Seo Ye-ji, Hong Bin, Jung Yoo-jin, Sam Okyere, Daniel Lindemann, Alexander, Z.Hera, Shannon, Pop, NanNan and other global actors and actresses. The drama is about a school that teaches honesty, faith, survival, sacrifice, communication and relationships instead of how to get jobs in the future.

"Moorim School" is produced by Lee So-yeon-I and is going to be released in January next year.

"Shin Hyun-joon to star in "Moorim School""
by HanCinema is licensed under a Creative Commons Attribution-Share Alike 3.0 Unported License.
Based on a work from this source