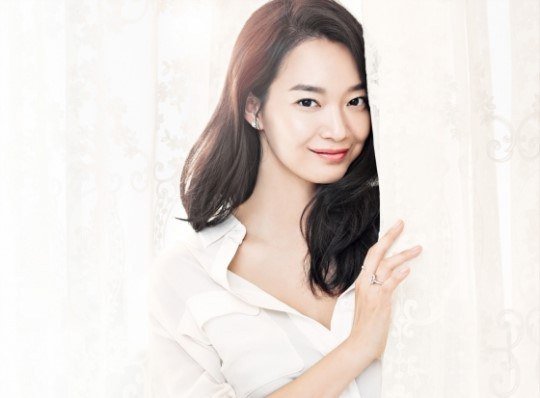 Actress Shin Min-ah has been donating 1 billion won (~$1 million) to children and elderly in need for 7 years through the Community Chest of Korea 'The Fruit of Love'.

Shin Min-ah has been making donations to 'Good Friends' since 2010. She's given away 290 million so far and they have been used to help North Korean refugees and mostly single mothers and their children. The money supports for milk for the young children and educational facilities as well as Kimchi and medical aid for the mothers.

"Good Friends" promotes peace between the North and South Koreas and lends a hand to refugees who are in need of help. The organization was founded under the purpose of advancing the unity of the two countries.

Shin Min-ah donated 100 million won to Nepal which suffered an earthquake in May according to JTS which is an organization part of NGO.

The actress also recently donated 50 million won for children suffering from diseases. She participated in the OHUI Beautiful Face campaign and personally delivered the 50 million won to the Seoul National University Children's Hospital.

Shin Min-ah debuted in 1998 as a magazine model and has been in the acting business for 15 years. She starred in several movies and dramas and is coming back with "Oh My Venus" soon.

"Shin Min-ah donates a billion over 7 years to the neglected"
by HanCinema is licensed under a Creative Commons Attribution-Share Alike 3.0 Unported License.
Based on a work from this source