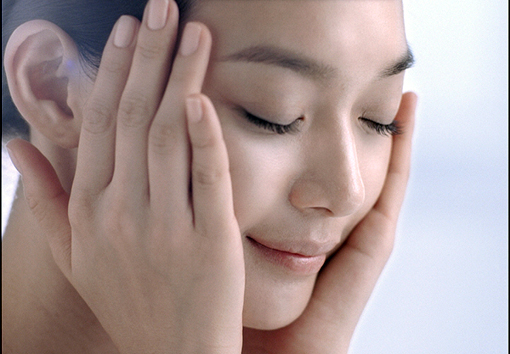 Amore Pacific Hera's "Age Away" has within itself that anti-aging is not only about good complexion but finding beauty and attempting at various styles.

Hera's "Age Away" campaign chose Shin Min-ah as a boom up. Her sensual and stylish image was made as a music film instead of an advertisement. Ha Gwang-hoon's hit song "She's Too Beautiful for Me" was sung by Kim Jo-han and Shin Min-ah. To watch the full version of the music film and scrapbook digital contents, log on to www.hera.co.kr

"Shin Min-ah's anti-aging... 'Age Away' campaign"
by HanCinema is licensed under a Creative Commons Attribution-Share Alike 3.0 Unported License.
Based on a work from this source