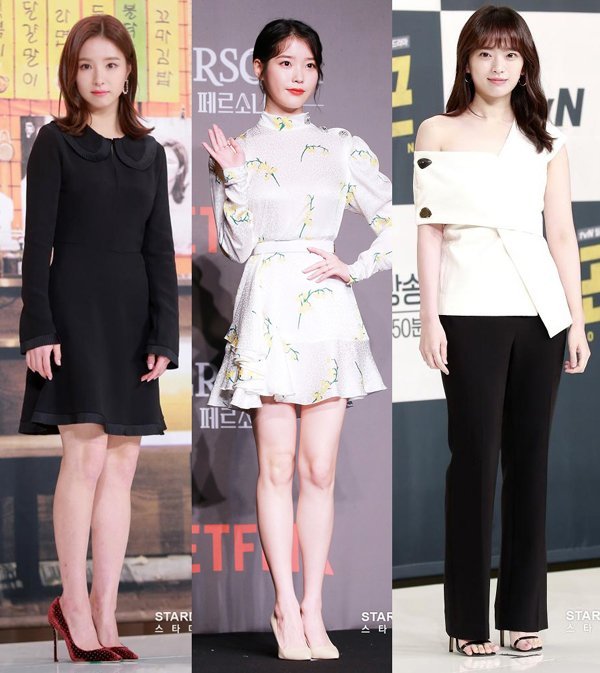 Shin Se-kyung, IU, and Chun Woo-hee, who are loved by the public for their acting and unique charm will show viewers a different side of themselves this July.

IU from "My Mister" comes back as a beautiful, but nasty hotel owner.

IU, a successful singer and actress, comes back with the tvN drama "Hotel Del Luna". "Hotel Del Luna" is a fantasy drama about a hotel where spirits wander. The story revolves around an elite hotelier becoming the hotel's owner following a fateful incident with its beautiful, but ill-tempered manager, Jang Man-wol. IU plays Jang Man-wol, the manager of the hotel that appears only to spirits that wander.

Through teasers, IU has been seen wearing red lips and fancy clothes with accessories, but a blank face, which shows how cold and bitter Jang Man-wol can be.

Shin Se-kyung comes back with the new drama "Rookie Historian Goo Hae-ryung". In the 19th century, it was not acceptable for women to write historical records. However, Hae-ryung fights prejudice and encourages a change in the outdated system. The actress takes on the role of Goo Hae-ryung.

She's the first female librarian of Joseon, and together with prince Yi Rim (Cha Eun-woo) they are going to romance the drama up.

Shin Se-kyung plays a just character who doesn't turn away from obstacles and has a heart that is willing to carve out fate.

Chun Woo-hee is coming back with "Be Melodramatic" after two years following "Argon".

"Be Melodramatic" is a comedy by PDs Lee Byeong-heon-I and Kim Hye-young-I about the concerns, love and life of thirty year old women. Chun Woo-hee plays Im Jin-joo, a bubbly and fun character.

"Shin Se-kyung, IU and Chun Woo-hee Transform This July"
by HanCinema is licensed under a Creative Commons Attribution-Share Alike 3.0 Unported License.
Based on a work from this source