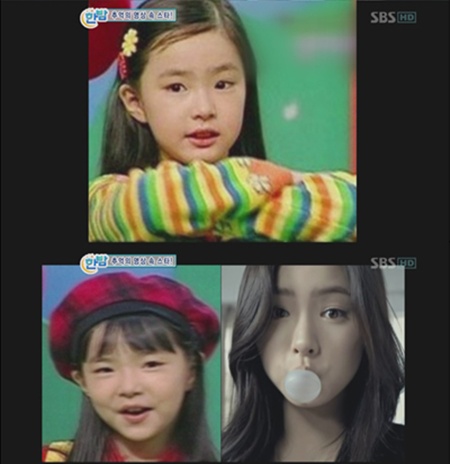 Actress Shin Se-kyung's past gets the viewer's attention.

She was one of the appearances in "Popopo" which had created many 'Po Sisters' like Wang Yeong-eun, Cho Yeo-jeong, Jang Seo-hee and more.

Not only that, even G-Dragon and Miss A's Min are also from this program.

The three aren't much different from now in the video and they stood high above others then as well.

Netizen's say, "They are the same as they are now", "There is a reason for being so multi talented", "Shin Se-kyung was born with beauty".

"Shin Se-kyung "Popopo" kid? "
by HanCinema is licensed under a Creative Commons Attribution-Share Alike 3.0 Unported License.
Based on a work from this source