Shin Se-kyung, where's the volume? Netizens, "The difference is too big" 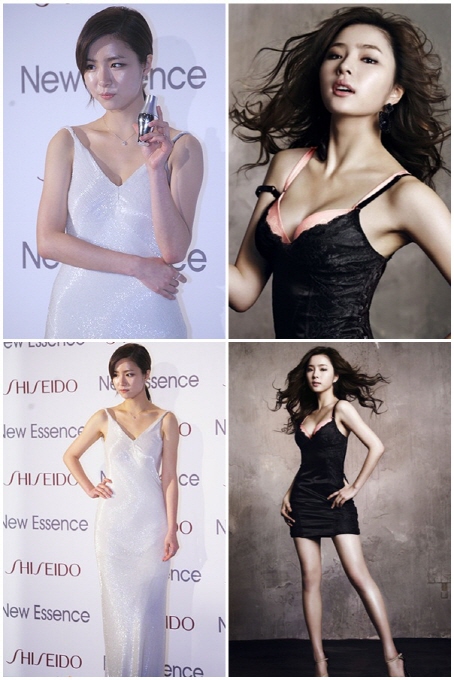 Shin Se-kyung's difference in before and after support is talk of the issue.

She wore along white dress and looked poise with her mystic and sexy look.

However, in the pictures she doesn't look as volumous as she did in her lingerie photo shoot collection.

Those who have seen these pictures say, "Do they Photoshop breasts too?", "Shin Se-kyung liar", "The difference before and after support is too big", "She's still pretty", "I thought she'd be different..." and more.

"Shin Se-kyung, where's the volume? Netizens, "The difference is too big""
by HanCinema is licensed under a Creative Commons Attribution-Share Alike 3.0 Unported License.
Based on a work from this source