Shin Seung-hun to hold concerts in Japan this week 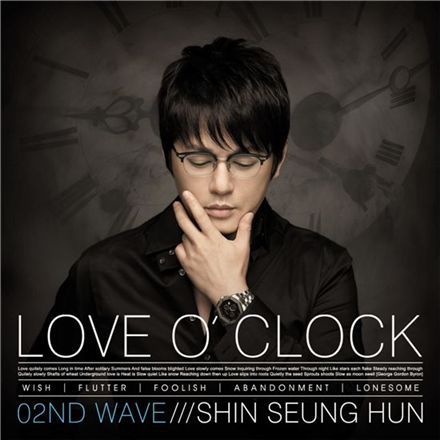 Korean pop singer Shin Seung-hun will be giving a series of concerts in Japan this week to celebrate the 20th anniversary of his singing career, according to his agency Dorothy Company.

Dorothy announced in a press release Monday that the Hallyu singer will be performing at a total of three concerts; the Osaka International Convention Center on March 3 and the Tokyo International Forum on March 6 and 7.

The concert will feature his numerous hit songs from over the years -- including "Don't Make Me Cry", "Romeo & Juliet", "Love Love Love" and "Love of IRIS" from the recent Korean blockbuster TV series "IRIS" -- as well as a pop song medley and an acoustic set.

The singer is also planning to reveal a highlights video and behind-the-scenes anecdotes from his two-decade career.

The upcoming concerts were organized by the singer upon request by Japanese music industry executives who had seen his "The Shin Seung-hun Show - Love O'Clock" concert, held in Seoul last December.

Local concert promoter explained that tickets for "The Shin Seung-hun Show - 20th Anniversary" concert has already sold out and that "Japanese fans are inquiring whether additional performances will be held".

To date, the Korean singer and songwriter has attracted more than 200,000 fans to his concerts in Japan which includes his 2007 performance at the prestigious Yokohama Arena.

Shin, 41, is regarded as one of the most influential artists in Korean pop music who has released a dozen studio albums since his debut in 1990.

Shin will be releasing a licensed version of his twelfth album "Love O'Clock" in Japan tomorrow and a DVD of his 2009 tour in the country.

He is also preparing a 20-year anniversary album and concert in Korea as well.

"Shin Seung-hun to hold concerts in Japan this week"
by HanCinema is licensed under a Creative Commons Attribution-Share Alike 3.0 Unported License.
Based on a work from this source