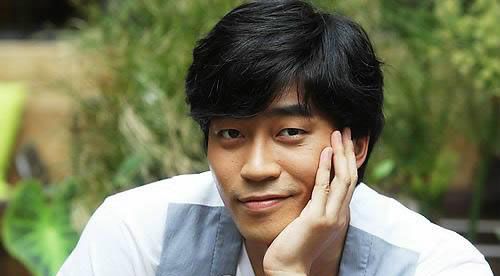 The "syndrome of younger man" has become popular again, and this time it comes from actor Shin Sung-rok's popularity (28).

He has already become a star actor in musical performances, but he could not distinguish himself in TV dramas, but he finally attracted female viewers' eyes and became the most attractive man by appearing in the drama "Definitely Neighbors".

Shin Sung-rok was interviewed by a reporter recently in the musical hall of "Story of My Life", in which he appears. He said, "The number of my middle aged women fans has increased; most of all, I am happy because more older audience members have come to watch the musical". He smiled and continued, "Usually, female audience members in their twenties and thirties have come to see my performance so far, but, these days, they are taking their mothers with them, which is very unusual. Actually, some young women are just coming to the hall not because they are my fans, but because their mothers like me. In addition, more people recognize me on the street and, above all, middle aged women mostly recognized me on the street and sometimes some of them shyly came up to me like a little girl".

Since he made debut in 2003, he has worked in musicals, dramas, and movies all at the same time, and these days, he is appearing in both the drama "Definitely Neighbors" and in the musical "Story of My Life", and releasing his energy. The musical "Story of My Life" is a two-hander performance and it is about looking back to the meaning of friendship and our lives with the main actor and bestseller writer Thomas's visit to his old friend in his hometown. 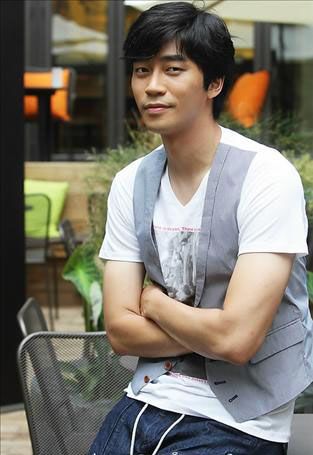 Sin said, "I have to join the army next year, so I want to perform in as many works as possible. But, after I reach my thirties, I will never play in two different works at the same time. I want to concentrate on only one role more deeply. But, it does not necessarily mean that I have done two works with less sincerity. What I mean is that I have gratified my desire to work in many
performances in my twenties, but I want to work with more composure in my thirties".

The drama "Definitely Neighbors" has been gaining huge popularity as it has exceeded 20 percent in viewer ratings. The drama is now at its climax with the love story between Gun Hee and Ji Young. The character Gun Hee, who loves a divorced older single mother, is taking the responsibility for the high viewer ratings. Sin said, "Maybe Gun Hee is younger than Ji young, as much as eight to nine years younger. In fact, I am thirteen years old younger than Yoo Ho-jung. But, I have not felt anything regarding the age gap until now. The character Gun Hee whom I play is a very attractive man, and he is actually not a 'prince charming', but rather a very realistic person, so I wanted to play the character. In the first part of the drama, Gun Hee had been very mean to Ji Young, and they had argued. But, Gun Hee, who has high self-esteem and ceaseless desire to do his work, found out something that he could not have from Ji Young, so he has been interested in her and finally become attracted to her. While he was paying attention to Ji Young's innate sense of taste and talent and trying to develop her ability, he ended up falling in love with her".

But the story of Gun Hee that the most attractive husband candidate loves Ji Young is more like "Fantasy" than "Reality". How does he play the character and with what kind of feelings?

Shin Sung-rok answered the question by saying, "Of course, I have to act with Gun Hee's mind, otherwise, I cannot focus on his feelings in the drama. Yoo Ho-jung is a very good actress, so I am very comfortable about acting with her, and I have not been confused about the character while acting so far maybe because there has not been a love scene. If I had to act like a completely different character from me, I might have looked awkward, but many parts of Gun Hee are actually very similar to myself. My first girlfriend, whom I had gone out in high school, was five years older than me. My blood type is A, which usually means a timid person, but I do have a disposition of the blood type B, so sometimes I throw awful tantrums like Gun Hee". He smiled. 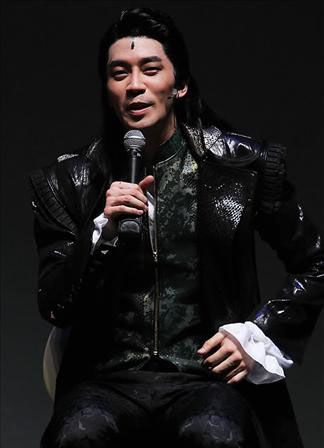 He had wanted to become an actor since he was a high school student, but appearing in a drama or in movie was difficult. He said, "Directors were reluctant to cast a 187 centimeter-tall aspiring actor as a supporting or minor role, and finding a main actor role was even more difficult. I thought that I might be able to have a chance if I build up my acting ability, so I moved to theater acting. I started to act in the drama company Hakchon. When I acted in my third theater work "Dracula", I had been cast in the drama "Hyena", and I could finally advance to the TV drama".

After that, he acted in dramas such as "Thank You" and "All About My Family", and movies such as "Lovers of 6 Years" and "The Worst Man of my Life", but he could not have the "opportunity to become successful". He also had appeared on the MBC TV entertainment program "We got Married" as a couple with female comedian Kim Sin-young, but their harmony had not been enough to make them famous.

But he finally started to receive favorable responses from his musical performances. He appeared in musical works such as "Romeo and Juliet"",Finding Kim Jong Wook"", Monte Cristo", and "My Scary Girl", and he has evolved as a star actor on the musical stage. Then he took on his current role in the drama "Definitely Neighbors".

He finally said, "Since my debut, I have consistently appeared in many works without taking a rest. I think that I have done well as I was neither too outstanding, nor did I go unnoticed. But, as an actor, I have a desire to become more successful in my performances. I think that I have shown some degree of potential so far and I could obtain good feelings from viewers, but the more important thing is that I have to make viewers develop their good feelings and their trust towards me and make them always stand by my side".

"Shin Sung-rok: 'Middle Aged Women Fans Have Increased'"
by HanCinema is licensed under a Creative Commons Attribution-Share Alike 3.0 Unported License.
Based on a work from this source