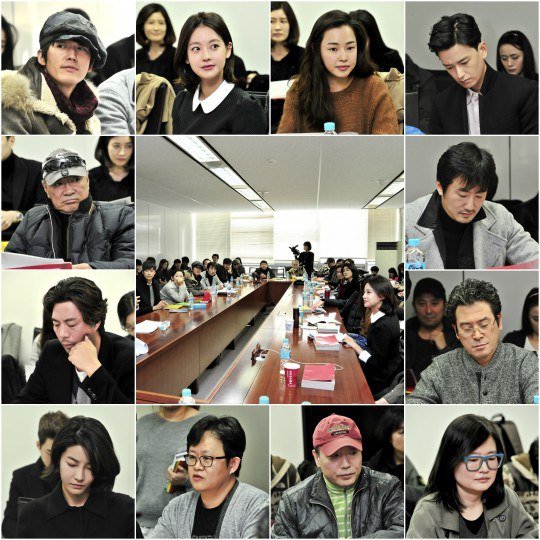 The entire cast including Jang Hyuk, Oh Yeon-seo, Lee Honey, Lim Ju-hwan and the kid casts appeared for the reading. Park Seong-soo, the drama department chief was also there and said, "It looks like the drama is going to live up to its name".

CP Lee Chang-sup said, "I am honored to be working with these people here today". Producer Son Hyeon-seok said a few words of greetings as well. Oh Yeon-seo vowed to work hard on the drama along with her father.

In the continued script reading, the cast showed excellent teamwork despite the fact that they were coming together for the first time. Jang Hyuk plays Wang So, a cursed soul with a tag and Oh Yeon-seo is a young but bold Sin Yool. Lee Honey puts on the role of Hwang Bo, an a proud and elegant agenct who is completely different from her recent roles. Im Joo-wan plays Wang Wook, a dark natured character.

"Shine or Go Crazy" is based on an original novel based in early Joseon when Prince of Goryeo, Wang So, falls in love with Sin Yoon, princess of Balhae. Unfortunately cursed prince Wang So coincidentally meets Sin Yool and has an overnight marriage.

The drama will be broadcasted in January after "Pride and Prejudice".

""Shine or Go Crazy", first script reading"
by HanCinema is licensed under a Creative Commons Attribution-Share Alike 3.0 Unported License.
Based on a work from this source