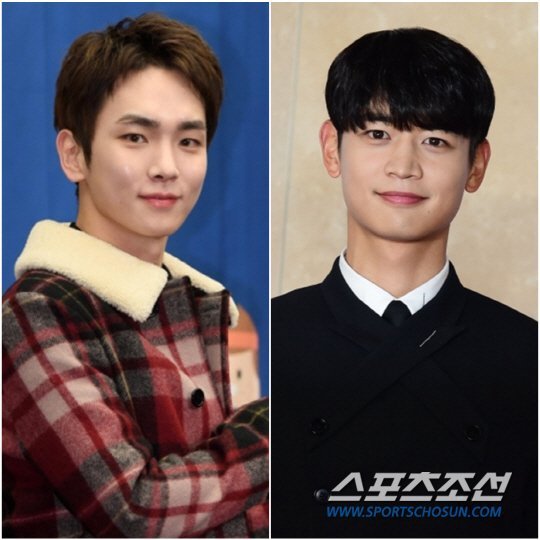 SHINee's Key and Choi Minho are heading out to serve their country in 2019.

According to sources, they are the second and third members to be admitted to the military after Onew who left in December last year. Key plans on joining in March after the release of the movie "Hit-and-Run Squad". He's also applied for a position in the military band. Choi Minho has completed filming the movie "The Battle of Jangsari".

Several movie sources say, Key and Choi Minho are rising stars of the movie industry, but all casting for them have been put on hold because they have to do their part in National Duty".

Key starred in several dramas such as "Drinking Alone" and "Lookout", and "Hit-and-Run Squad" is his first movie. "Hit-and-Run Squad" is a car chase action movie about an ace policeman named Min-jae (Ryu Jun-yeol) in the hit and run department with a knack for cars, a detective named Si-yeon (Gong Hyo-jin) who was demoted, and Jae-cheol (Jo Jung-suk) who is crazy about cars and speed.

Choi Minho is starring in "The Battle of Jangsari", which is a story of the Battle of Jangsari, which initiated the Incheon Landing that turned the tide for South Korea and its allies during the Korean War. Hundreds of teenaged soldiers tried to cut off military supplies for North Korea. It stars Kim Myung-min, Kim In-kwon, Kim Sung-cheol, Kwak Si-yang, and Megan Fox. Choi Minho plays chief student soldier Choi Seong-pil and the movie comes out next year. 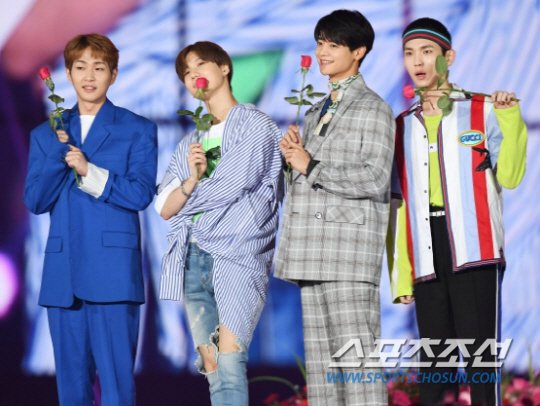 "SHINee's Key and Choi Minho to Begin National Duty"
by HanCinema is licensed under a Creative Commons Attribution-Share Alike 3.0 Unported License.
Based on a work from this source