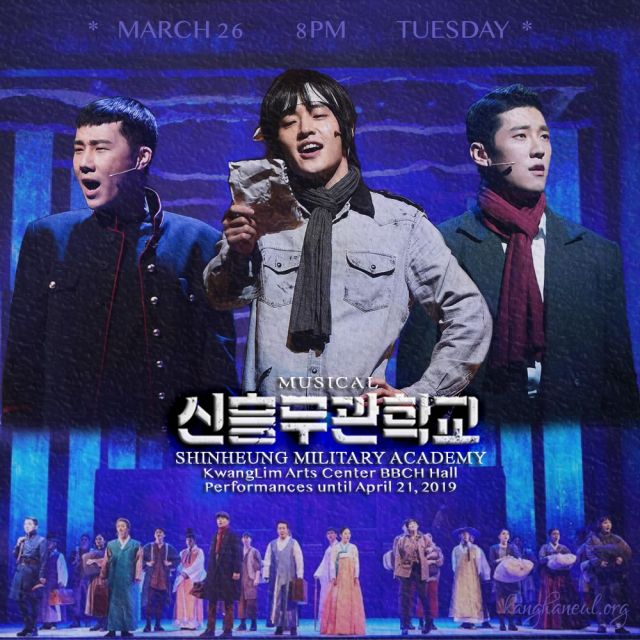 The bus carrying the cast and crew of musical Shinheung Military Academy was involved in a traffic accident in the afternoon of March 26 while en route to KwangLim Arts Center, venue of the musical.

According to officials, the bus' windshield was severely damaged due to the impact of the collision that took place at Sinsa-dong, Gangnam.

Injured actors and staff were immediately taken to a nearby hospital to undergo check-up and treatment, as needed, while the rest were brought to the venue.

Due to this unfortunate event, production company Shownote has cancelled the performance scheduled at 8pm, in order to "guarantee the condition of the actors and check their health condition". Tickets will be refunded in full without additional fees.

Future schedules are also uncertain pending the confirmation that the cast are fit to perform.

Meanwhile, Kang Ha-neul, Kim Sung-kyu and Go Eun-sung, who were aboard the bus during the accident, are doing fine with no health issues, as advised by their respective agencies. The trio were scheduled to perform that evening.

Musical Shinheung Military Academy original premiered in September 2018 and is currently on its encore performances at KwangLim Arts Center BBCH Hall in Gangnam, Seoul. The shows will run until April 21, 2019.

"Shinheung Military Academy bus involved in accident, show cancelled"
by HanCinema is licensed under a Creative Commons Attribution-Share Alike 3.0 Unported License.
Based on a work from this source