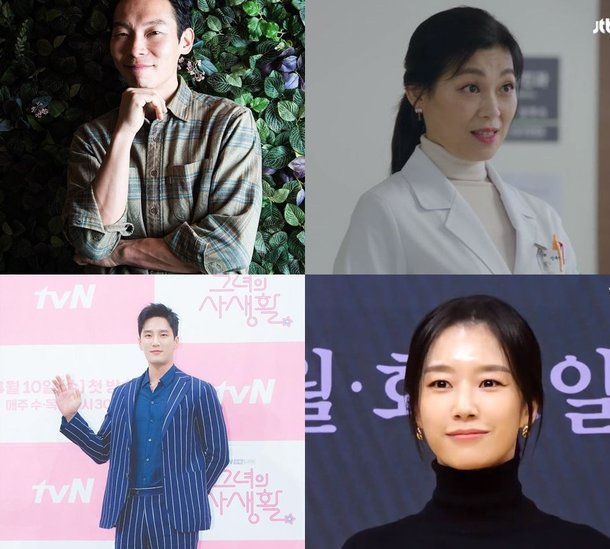 As much as the main characters, they are being cheered on for their great acting and their acting skills, rather than their visuals. Supporting actors' performances also broaden their perspectives on viewing works and add to the richness of the plot.

Sometimes we may not remember their names, but who are those supporting actors who do not miss out on their own portion of the acting and imprint their names to the public? 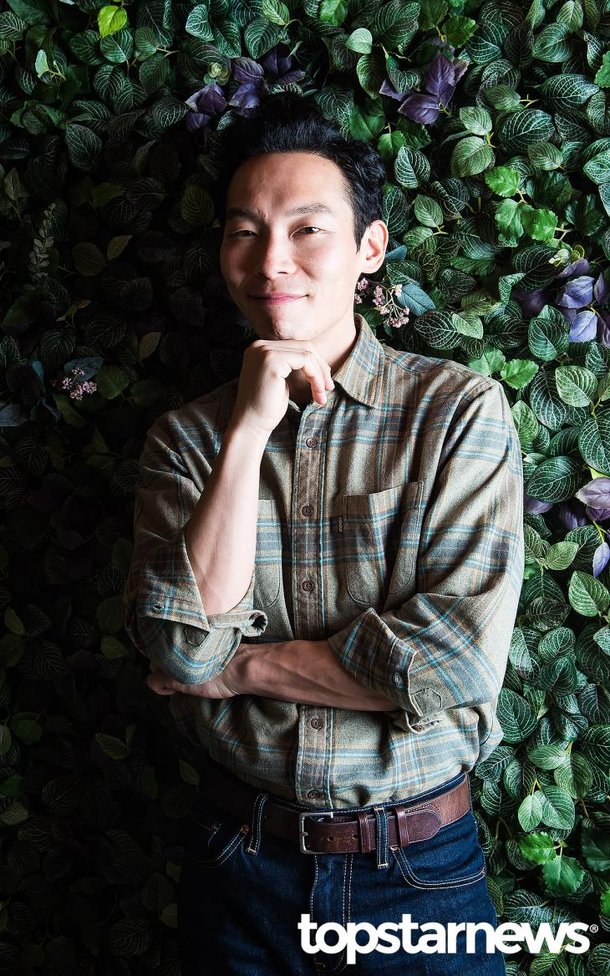 - Yang Kyung-won, "Crash Landing on You"

Yang Kyung-won appeared in "Crash Landing on You" as Pyo Chi-soo, reenacting the North Korean dialect so well people thought he was really from there. He was chosen as the number one actor to speak the dialect so fluently by North Korean refugees and his looks synchronized with his way of speech.

He blended well with the main character played by Son Ye-jin and won over the hearts of the viewers. He is the typical 'tsundere' character. He bluffs and acts manly all the time, but inside he's actually full of fears and is quite warm. He started a trend with the phrase 'aeminai' and reviews were favorable to him, saying he's met the character of his lifetime.

However, this didn't come all at once. Yang Kyung-won debuted with a musical and has experience in several musical theater plays.

He appeared once again in "Hi Bye, Mama!". He managed to transform his image with the bone chilling performance of playing a shaman who bullies Kim Tae-hee. 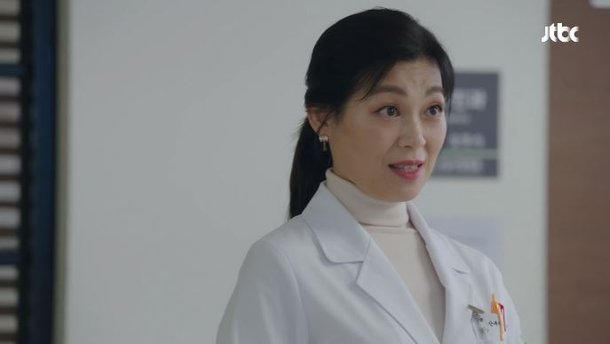 - Chae Gook-hee, "The World of the Married"

Chae Gook-hee is known as Seol Myeong-sook from "The World of the Married". She is Ji Seon-woo's (Kim Hee-ae) colleague and friend as well as Lee Tae-oh (Park Hae-joon) and Son Je-hyeok's (Kim Young-min) school friend. She was reviewed to be worse than the mistress and managed to imprint her name as the 'hateful' character.

Not only did she pretend not to know about Lee Tae-oh and Yeo Da-kyeong's (Han So-hee) affair, she incited the main characters' conflicts with alibis and lies. She was always on alert for an opportunity to fulfill her desires and managed to earn hate from the viewers. Everything was perfect, from her hateful expressions, gestures and eyes.

Chae Gook-hee debuted in 1994 as a musical actress and she's also famous for being Chae Si-ra's sister. Her impressive performances took her around dramas and films and she finally imprinted her name with "The World of the Married". Her long life as a supporting actress is now starting to show light. 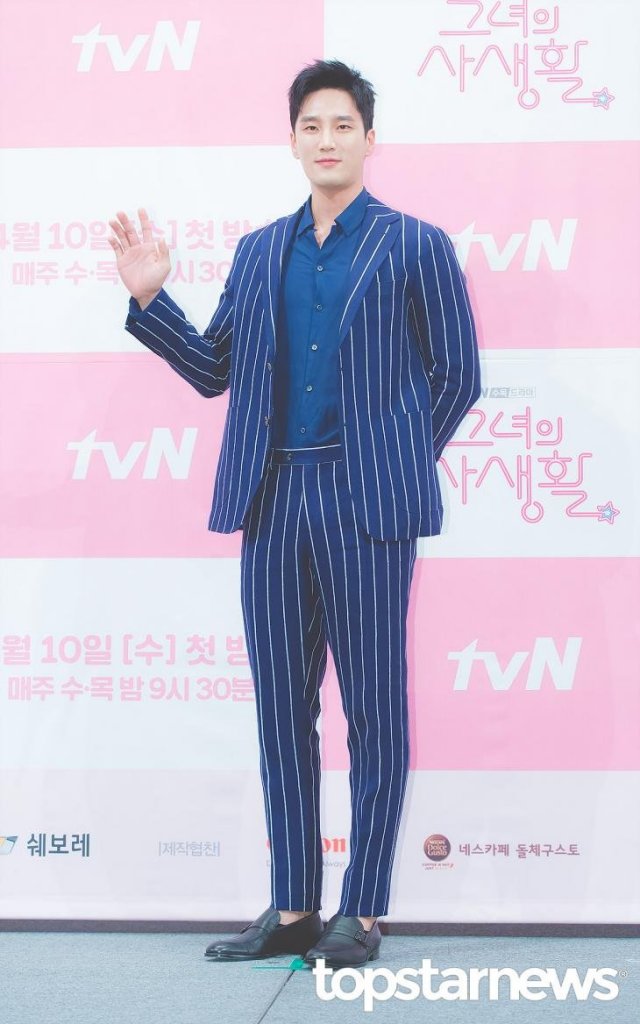 The well-built Special Forces agent from "Descendants of the Sun" came back as the bad guy. He said, "I can live long now because of the criticism I received". That's how well he pulled off the role of 'golden-spoon' Jang Geun-won, a conceited character.

His character played an important role in the drama's flow and increased the level of immersion, as he was in a hostile relationship with Park Sae-roy (Park Seo-joon). Full of evil from head to toe, he had pain deep in his heart. Some even say that it is a rediscovery of Ahn Bo-hyun, by portraying a delicate range of emotions between two extremes.

He was thought to be a rookie in "Itaewon Class", but in fact, he debuted in 2016 with a movie called "Hiya". His popularity was verified through the TV show "I Live Alone", where he talked about his nameless actor days and showed tears. Now, he's a rising star and is nominated for the 56th Baeksang Arts Awards' Best Rookie award. 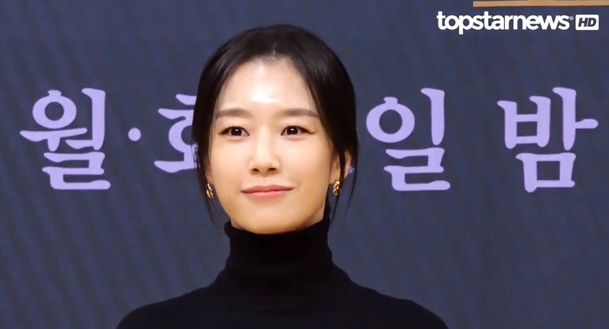 Kwak is playing the role of Ik-soon, the younger sibling of Ik-joon (Cho Jung-seok), in "Hospital Playlist". She is as cheerful as Cho Jung-seok with a cheerful charm, and started dating Joon-Wan (Jung Kyung-ho), stimulating viewers' excitement with her sweet romance.

She first starred in her drama through "Your Honor" and further more in "Encounter" alongside Song Hye-kyo, "VIP" alongside Jang Nara and now "Hospital Playlist".

The actors' 'scene stealer moments', which showed off their individualistic performances, made the stories more solid. Their persuasive acting, which delivered pleasant and warm feelings even though they were hateful and evil characters, drew sympathy from many people. Also, the actors' passionate performances, which showed off their deep inner workings, are cited as factors behind the popularity of the drama.

As one actor said, "I want to lead a story and not just steal scenes", expectations are high on their actions as luxury actors, regardless of their main and supporting roles.

"Shining Supporting Actors Yang Kyung-won, Chae Gook-hee, Ahn Bo-hyun and Kwak Sun-young "
by HanCinema is licensed under a Creative Commons Attribution-Share Alike 3.0 Unported License.
Based on a work from this source