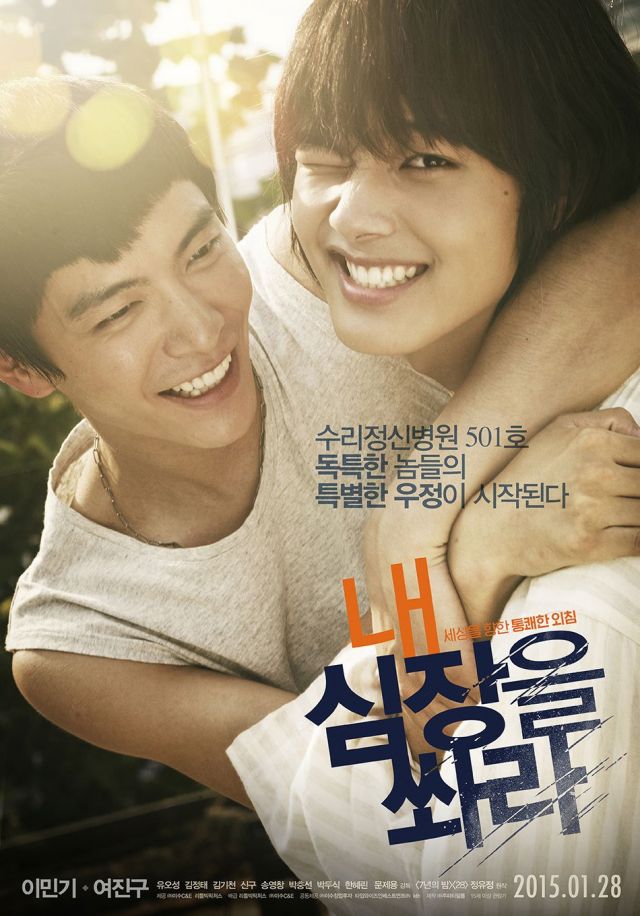 "Shoot Me in the Heart"

Synopsis: Two 25-year old Su-myeong and Seung-min meet for the first time at an asylum. They are both trapped in private mental hospital of abusive staff and noisy patients. Su-myeong has been in mental hospitals ever since he was nineteen after his mother's death while Seung-min is a sane guy with a prospect as a world champion class paraglider but forced to be locked up by his half-brother who's after his inheritance. Su-myeong passively takes his fate but somehow gets involved in Seung-min's continuous escape schemes. Everyone in the hospital believes Seung-min will soon become one of them but his reckless yet brave shot at life ties bind with Su-myeong and fellow patients.

"Shoot Me in the Heart (2014)"
by HanCinema is licensed under a Creative Commons Attribution-Share Alike 3.0 Unported License.
Based on a work from this source