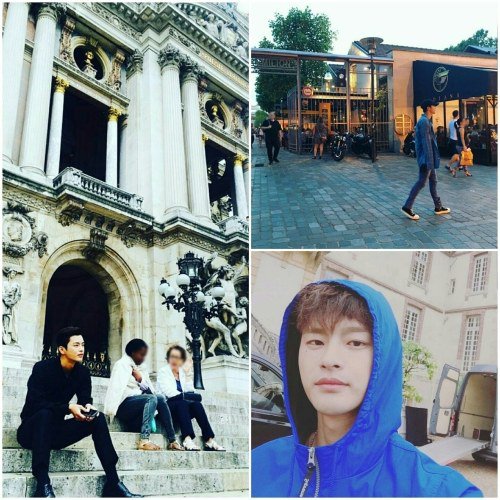 Seo In-guk takes on the role of Louis in the new MBC drama "Shopping King Louis". He visited Paris for the making of the drama and transformed himself into the luxurious and fancy Louis.

The pictures of Seo In-guk online are of him walking the streets, concentrating on his character during break or even taking sefies of himself for his fans. Seo In-guk looks good in casual wear and in the picture of him wearing a suit, he is flawless.

Meanwhile, "Shopping King Louis" is a romantic comedy about Louis who has amnesia and Go Bok-sil. Louis is a third generation chaebol who loses his memory and becomes a beggar after an accident. The first episode can be seen on the 21st at 10PM.

""Shopping King Louis" Seo In-guk in Paris "
by HanCinema is licensed under a Creative Commons Attribution-Share Alike 3.0 Unported License.
Based on a work from this source