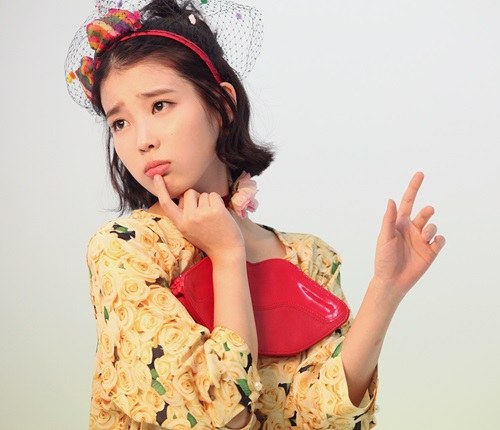 IU and Han Chae-young are competing for beauty.

IU is a bold and honest girl whose parents own a BBQ restaurant. She's cute and lovable. Hong Yoo-ra has a heartless expression and cold attitude when it comes to talking. Dok-go Mate (Jang Keun-suk) is about to be made a strong warrior by her.

Kim Bo-tong and femme fatale Hong Yoo-ra's chemical reaction with Dok-go Mate is one of the main things to see in the drama.

Meanwhile, "Pretty Boy" is an original by Cheon Gye-yeong who is an idol to fanatics and written by Yoo Yeong-ah who also wrote "Miracle in Cell No.7". It will be aired on the 20th of November after "Secrets".

"Short haired IU's fashion item"
by HanCinema is licensed under a Creative Commons Attribution-Share Alike 3.0 Unported License.
Based on a work from this source