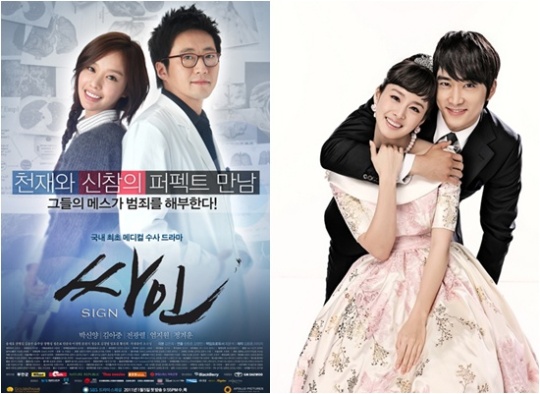 A tight match is being held for the lead in Wednesdays and Thursday night dramas with just 1%.

According to AGB Nielson Media Research on the 28th, SBS drama 'Sign" took the lead yet once again with the rating percentage of 17.7% on the 27th. Just the day before it had lead the competition once in three weeks with 17.6%.

Having beat "Sign" within its second episode and going over 20%, "My Princess" seemed to lead but that soon changed. As the viewer ratings have turned the other way round, there is about to be some hard competition.

Meanwhile, KBS 2TV drama series "President" is at the very bottom with 7.7%.

""Sign" VS "My Princess" tight match... winner? "Sign" twice in a row"
by HanCinema is licensed under a Creative Commons Attribution-Share Alike 3.0 Unported License.
Based on a work from this source