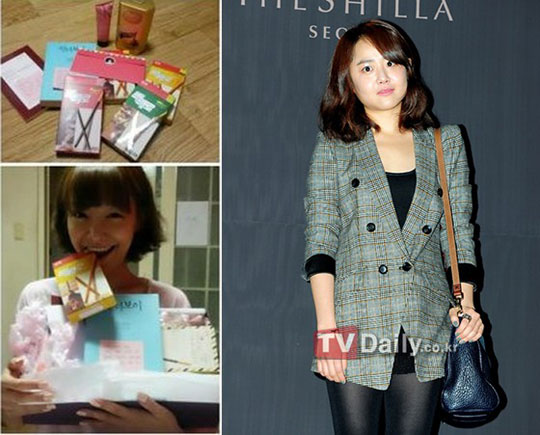 Sin posted on her Twitter, "My best friend in "Cheongdam-dong Alice", Moon Geun-young's fans sent me presents telling me to get along with her. Thank you!"

In the picture, Sin is holding up presents such as snacks and other various stuff sent to her by Moon's fans for them to 'get along'.

Netizen's say, "It looks like they've become close now?", "Beauties are friends with beauties" and more.

"Sin So-yool gets present from Moon's fans"
by HanCinema is licensed under a Creative Commons Attribution-Share Alike 3.0 Unported License.
Based on a work from this source