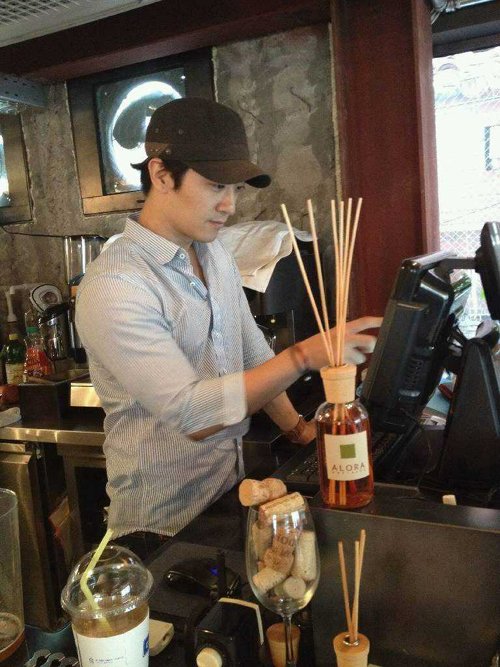 A picture of the singer was posted online on the 3rd.

He looks normal but gives off the 'owner' aura in the picture.

Alex once took on the role of a pasta restaurant owner in the MBC drama "Pasta" and now he's really opened one in Garosugil in June. He takes part in the recipes that are created in there.

The interior in the restaurant hints that he personally took care of them and this brings in a crowd everyday. Netizen's who've seen the picture say, "He's such a good looking owner", "I am going there", "He's a romantic owner", "It must be so scented in there" and more.

"Singer Alex, owns a pasta restaurant"
by HanCinema is licensed under a Creative Commons Attribution-Share Alike 3.0 Unported License.
Based on a work from this source