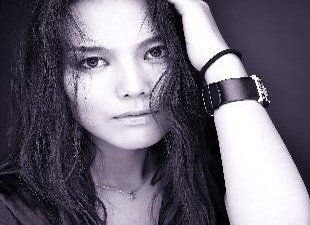 The second singer to appear on the hit survival competition show "I'm A Singer" for July was revealed: The Mariah Carey of Korea, CCM diva singer So-hyang!

So-hyang's already achieved notable recognition in the Korean music world as a shockingly talented vocalist. She recently participated on an album titled "Diva Project", along with other "I'm A Singer" familiar faces, Park Jung-hyun and Lee Young-hyun. She also featured on songs for SG Wannabe's Lee Suk-hoon and Yang Dong-geun.

So-hyang boasts a vocal range of four octaves. She also trained with the same vocal coach for the international likes of Michael Jackson and Stevie Wonder, Seth Riggs. She's been contacted and approached by renowned industry members, like the producer for Boys 2 Men, giving her quite the boasting rights.

"Singer So-hyang Joins "I'm A Singer""
by HanCinema is licensed under a Creative Commons Attribution-Share Alike 3.0 Unported License.
Based on a work from this source