Singer-Turned-Artist Accused of Contracting Out 'His' Work 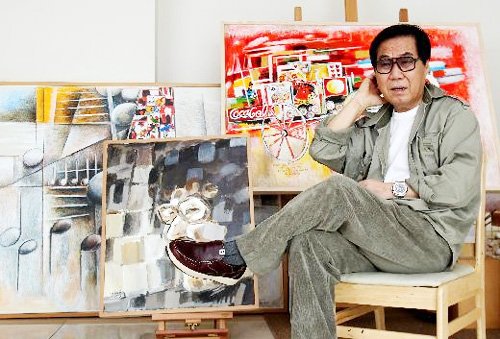 Singer-turned-artist Cho Young-nam is knee-deep in controversy over the authenticity of his artworks after claims that someone else paints his paintings.

Prosecutors on Monday started investigating the 71-year old after a man claimed he painted more than 300 artworks for Cho over the last eight years.

The man (60) says he painted around 90 percent of the 300 pictures Cho has claimed as his own creations while improving the other 10 percent between 2009 and March this year.

The singer's agency said the pictures are "based on Cho's original ideas" and the man merely played a supporting role in creating a handful of them alongside several other assistants, a common practice among artists.

The agency denied that Cho paid the man some W100,000 per painting and claimed he gave him millions of won to cover the cost of materials and services rendered.

"Singer-Turned-Artist Accused of Contracting Out 'His' Work"
by HanCinema is licensed under a Creative Commons Attribution-Share Alike 3.0 Unported License.
Based on a work from this source