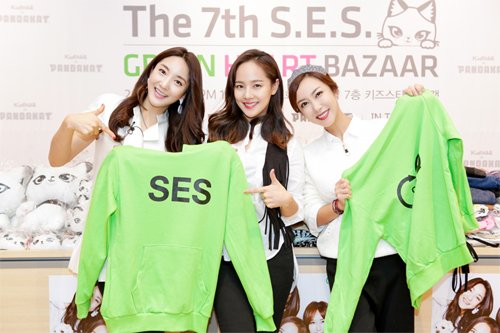 Girl group SES will reunite after more than a decade to release an album next year.

In an interview with the Chosun Ilbo, the trio announced their plans to get together for the album, with all proceeds going to charity. They also plan to hold a concert.

Since the group disbanded in 2002, Bada has focused on singing in musicals, Eugene has pursued an acting career and Yoo Soo-young has made appearances on various TV shows.

"Now in our mid-30s, we're happy with what we have, so we don't expect huge popularity or fame, or to relive our heyday. But we decided to reunite to do something meaningful", said Bada, the lead vocalist of the group.

The other two members were similarly excited about their upcoming album, saying they were especially happy that it is for a charitable cause.