Sistar to Have First Solo Gig 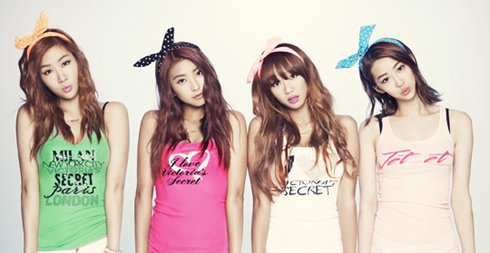 K-pop girl group Sistar will hold their first solo concert in Seoul on Sept. 15. The Chosun Ilbo met band members Bo-ra, So-you and Hyolyn last week Thursday to hear about their experiences so far as well as their future plans. Kim Dasom was unable to attend the interview due to personal commitments.

"When we went to see other singers' concerts in 2009, a year before our debut, we all realized how thrilling it would be to give live performance. Back then, nobody knew who we were, but we had a big dream", said Bo-ra.

Sistar's popularity has extended to foreign shores in the last couple of years. "We went to Russia to serve as judges for a K-pop dance competition there. As soon as we arrived at Moscow airport, hundreds of fans shouted our name, which gave us quite a shock! Fans started playing remixes of our songs and were dancing together. It gave me goose bumps", said So-you.

When asked for their thoughts regarding criticism that many K-pop bands tend to follow a certain pattern, while relying heavily on simple lyrics and flamboyant choreography, the girls agreed that that could be a hurdle they need to overcome if they want to move on.

"We truly feel that things shouldn't stay the way they are". Hyolyn said, "Whenever we have time, we watch clips of live concerts by singers from other countries to get some ideas, and these help us plan for the future. Intimate concerts in small theaters, an acoustic album, and concerts in hard-to-reach areas -- these are just a few examples of what we plan to do in the future".

Bo-ra chimed in by saying that, "I hope we can enjoy making music together long after fans have forgotten who we are!"

"Sistar to Have First Solo Gig"
by HanCinema is licensed under a Creative Commons Attribution-Share Alike 3.0 Unported License.
Based on a work from this source