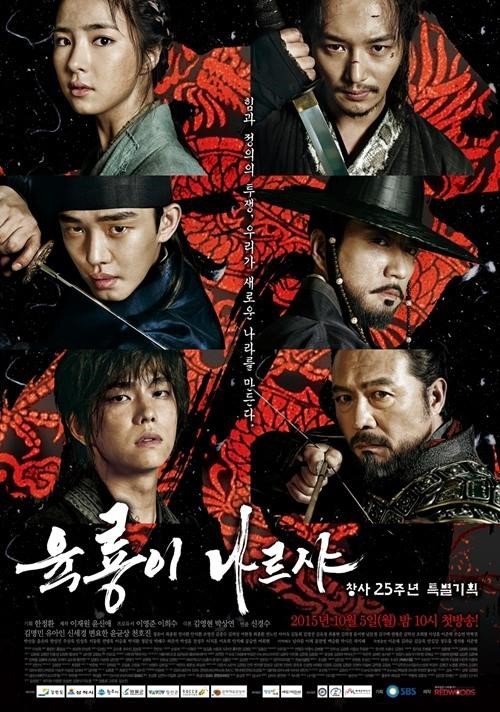 According to Nielsen Korea, the ninth episode of the drama recorded 13.5%.

This is 0.6% lower than the previous episode but still in first place.

Meanwhile, the cast of "Six Flying Dragons" appeared as adults. Tang-se (Lee Bang-ji / Byun Yo-han) and Yeon-hee (Jung Yoo-mi) reunited as grown-ups. Tang-se cried at the sight of Yeon-hee getting further and further away and Yeon-hee swallowed her tears so that he wouldn't see.

""Six Flying Dragons" comes in first"
by HanCinema is licensed under a Creative Commons Attribution-Share Alike 3.0 Unported License.
Based on a work from this source