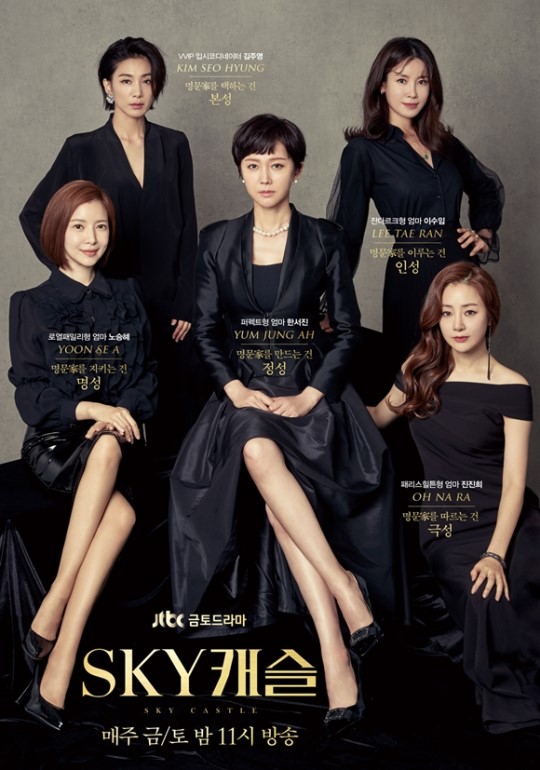 Three movies that are renowned for their amazing cast and performance will be broadcast during the holiday.

On the 3rd of February Hyun Bin and Yoo Ji-tae's "The Swindlers" hits the screens. On the 5th, which is the Lunar New Year, "Fengshui" will air. It is a masterpiece depicting the tale of a fight for the throne. Ending the long weekend on the 6th will be "Gonjiam: Haunted Asylum", a horror flick that did very well. "Fengshui" and "Gonjiam: Haunted Asylum" will be on JTBC for the first time.

The JTBC Special Documentary "The Story of Two Cities" will be broadcasted on both the 4th and the 5th at 6:50 PM KST. These episodes follow the acclaimed story of two cities Seoul and Pyeongyang and Kangwondo: Sokcho in the South and Wonsan in the North. Actor Yoon Se-ah will narrate the first episode.

In addition, thanks to the huge support the drama received during its broadcast, "SKY Castle" produced a summary of the entire 20 episodes. Seven episodes can be watched every day from the 4th to the 6th at 10:30 in the morning KST.

New JTBC dramas "The Light in Your Eyes" and "Legal High" will release highlight videos that will amplify expectations. "Legal High" comes first on the 2nd of February at 7:40 PM KST before it's actual broadcast. "Legal High" stars Jin Goo and Seo Eun-soo who play lawyer Go Tae-rim with a winning rate of 100% and beginner lawyer Seo Jae-in with 100% justice rate.

""SKY Castle" to Broadcast Behind the Scenes Peek for Lunar New Year"
by HanCinema is licensed under a Creative Commons Attribution-Share Alike 3.0 Unported License.
Based on a work from this source