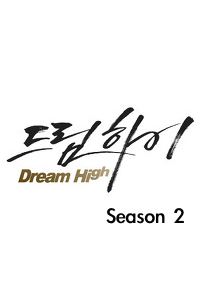 After a successful run of the idol-based TV drama, "Dream High", SM Entertainment is showing interest in a possible "Dream High 2".

KBS, the broadcaster that aired "Dream High", said that the presidents from both agencies are good friends (Kim Young-min of SM and Jung Wook of JYP). Thus they're interested in working together, combining resources, and hoping for the best outcome through a second series.

The producer of the first series, Lee Eung-bok, is said to be working on a second season for 2012.

On a side note, the DVD for "Dream High" will be available on September 4th.

"SM Entertainment & JYP Entertainment Team Up For "Dream High 2""
by HanCinema is licensed under a Creative Commons Attribution-Share Alike 3.0 Unported License.
Based on a work from this source