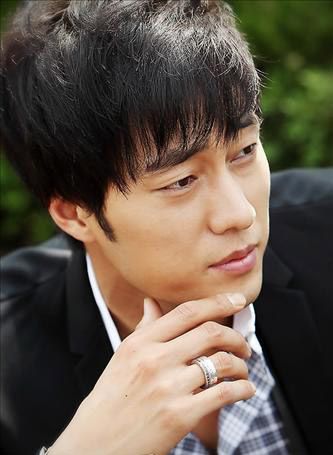 So Ji-sub: "I think that I might not be able to find a drama like this one and not be able to portray the type of character that I played again, and it might be very difficult to produce this kind of drama in the future again".

Actor So Ji-sub, who is now appearing in the MBC Wednesday and Thursday drama "Road No.1 (written by Han Ji-hoon, directed by Lee Jang-soo and Kim Jin-min-I)", talked with news reporters about what the drama means to him at a café located in Cheongdam-dong in Seoul on June 28.

He talked about the character Lee Jang Woo, whom he plays, by saying, "What he only cares about is Soo Yeon (Kim Ha-neul). He does not think in many ways, instead, he keeps going on while only thinking about her. Whenever I acted, I tried to have the emotion of thinking 'I love her to death'. And actually, the character Jang Woo and I have many similarities. For example, I am also the type of person with single-minded devotion, like Jang Woo".

The blockbuster drama "Road No. 1", with an investment amounting to 13 billion won, portrays the love and friendship between one woman (Kim Ha-neul) and two men (So Ji-sub and Yoon Kye-sang) during the Korean War.

The viewer ratings for the first and second episode, which began airing from June 21, recorded only around ten percent.

So Ji-sub said, "I watched the first and second episodes at home alone. Since there are more things to show in the following episodes, I actually do not care much about the poor viewer ratings for the first week. I also read viewers' comments about the drama posted on the internet website and found out there are many points of views on the drama. Strangely, I was very uplifted by looking at the criticisms from viewers".

"Road No.1" finished filming before the first episode was aired, which is a so-called "drama produced in advance". So mentioned the difficulties that he had to go through when he filmed the drama by saying, "I had to go on location continuously, so at first, I took care of my skin and got facial massages, but in the end, I just gave up about skin care. Sometimes it was too cold to just stand outside and sometimes it was too hot to be outside". 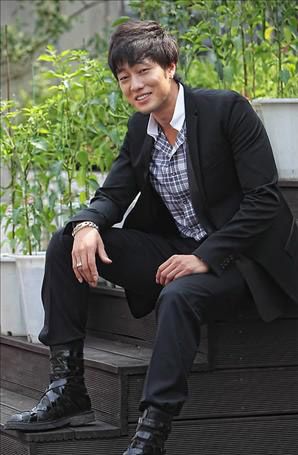 Since he appeared in the TV drama "Sorry, I Love You" in 2004, he earned the nickname of "stylish Mr. So" thanks to his fashion and his way of acting. He said, "At first, I thought that the nickname is too much for me, but now I do not care about it anymore. Instead, I just do anything the way I want to do it. I think that the nickname has come from my behavior, that I always do something comfortably without trying to put on airs".

So Ji-sub, who is 34 years old, faced rumors of romance with actress Han Ji Min at the end of last year. He talked about the rumor, "I do not know from where that rumor came. I used to hang out with actress Han Jin Min as a friend, but since the rumor has spread, we do not contact each other anymore".

He continued, "Right after I was discharged, I broke up with my girlfriend and I have been alone since then. Now, acting is more important for me than seeing someone". He added, "I am very much satisfied with my age which is in the mid-thirties because I think that this age is very helpful for acting".

Then he talked about actor Choi Min-soo, with whom he acted together in the same drama. He said, "When I first met him, I was surprised. I realized that telling something with the eyes is not a matter of acting ability, but it is an ability that comes from various experiences. In that, I am very satisfied with my age. I can feel myself that the depth of my eyes has been changed compared with before".