So Ji-sub, a picture? The force of an actor 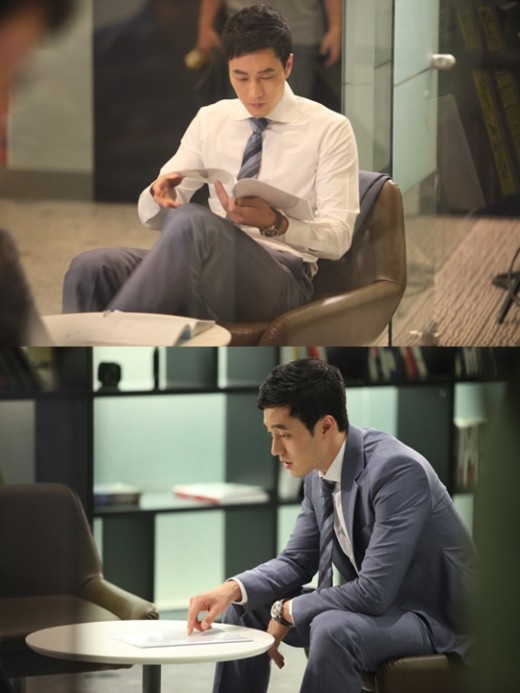 So Ji-sub's pictures have been revealed from site.

So Ji-sub is looking like a work of art while shooting the SBS TV drama "Ghost - Drama".

So is sitting on the sofa with a serious face and has a face of realization in another.

This scene was shot in Pangyo, Kyeonggido on the 17th. So Ji-sub is wearing a neat suit on the set and has been bright and cheerful since the moment he arrived.

The A/C couldn't be turned on for the sake of recording in the heat but he actually took care of the staff who were working on the lights.

Not only that, there was a room with a meeting going on right by them so all the staff had to keep on the down low but So Ji-sub concentrated on his thing and managed to pull it off with no NGs.

A member of staff said, "So Ji-sub's professionalism makes him look like a perfect investigator. He is always practicing during break times as to not lose his concentration on the drama. He synchronizes 100% with the character but he looks like So Ji-sub himself".

Meanwhile, at the end of the sixth episode of the drama, a beauty reporter named Koo Yeon-joo (Yoon Ji-hye) comes over to Ki-yeong's house claiming she is the ex-girlfriend. It also seems like she is unusually related to Hyeon-min (Uhm Ki-joon).

"So Ji-sub, a picture? The force of an actor"
by HanCinema is licensed under a Creative Commons Attribution-Share Alike 3.0 Unported License.
Based on a work from this source