So Ji-sub and Lee Joo-yeon deny leaving together 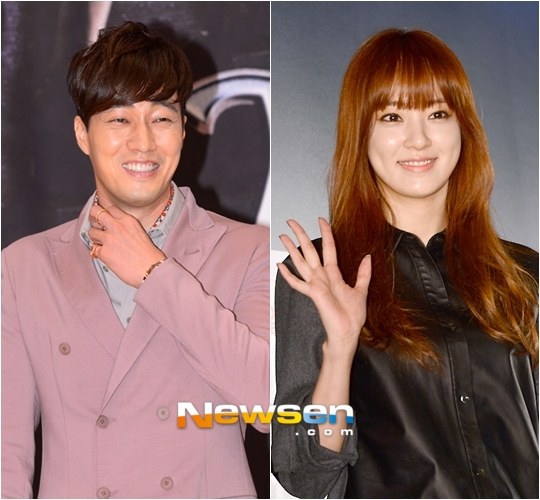 So Ji-sub's agency is denying that he went on a trip to America with Lee Joo-yeon.

SBS "TV News At Night" dealt with the latest issue; the scandal between So Ji-sub and After School's Lee Joo-yeon.

Reporter Ha Eun-jeong from Woman Sense who was the first to report this news said, "Lee Joo-yeon is telling her friend that she's on a date in the States with her boyfriend. It seems like her stylists and makeup artists knew this for a long time and have been keeping it a secret for her".

However, So Ji-sub and Lee Joo-yeon's agency claim it's not true.

So Ji-sub's agency says, "It's true he was in the States but he didn't leave with her. He was on business and it was a short trip".

Lee Joo-yeon's agency says, "She didn't go. She went on a family trip".

"So Ji-sub and Lee Joo-yeon deny leaving together"
by HanCinema is licensed under a Creative Commons Attribution-Share Alike 3.0 Unported License.
Based on a work from this source