So Ji-sub attends a funeral 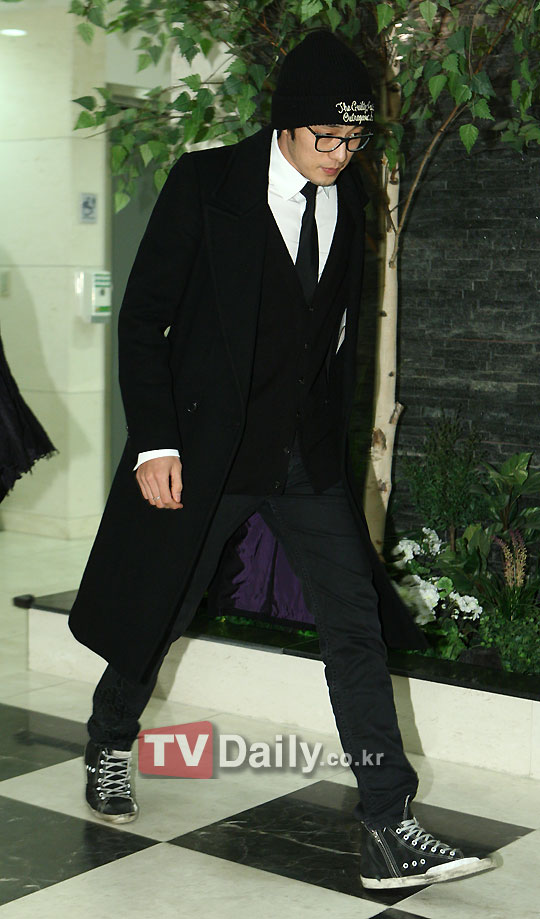 Kim Byung-man's father passed away due to a chronic disease. Having supported his father's medical bills for the previous five years, Kim Byung-man has mentioned his love and affection for his father several times on TV.

On talk shows he said, "My father has Alzheimer's now and he can't even recognize me. I think of him every time something good happens to me, like when I get an award".

Kim Byung-man is very busy these days with KBS 2's "Free Saturdays – The Birth of a Family" and the SBS 2 drama series "A Christmas Gift", as well as his wedding, scheduled for four months from now.

Meanwhile, the funeral service is currently taking place in Room One of Seoul Yeoeuido Yoon Sungmo Hospital and the coffin will be removed on December 7th.

"So Ji-sub attends a funeral"
by HanCinema is licensed under a Creative Commons Attribution-Share Alike 3.0 Unported License.
Based on a work from this source